Violence of the Hobbled

Hertzen’s thought has certainly not outlived its day, for we appear to be inhabiting a world that ever more vividly resembles the Czarist Russia in which he lived: Czars of “national security” and manipulated markets at the apex, and increasingly immiserated serfs laboring under close surveillance everywhere else.

The insidious hegemony of today’s class of corrupt plutocrats depends on total control of what used to be called “the public sphere” – the instant obliteration of even the most minute acts of rebellion, such as critical chalking on a public sidewalk – rather than on psychologically embedded obedience to the divine right (and divine body) of the Czar. Nonetheless, the Czar/serf result of extreme inequality of experience (with ease of movement and expression reserved for a tiny minority) appears to be a global trend so powerful that it takes on the character of an immutable natural law.

Yet attempts to manufacture consensus through emotional manipulation, misinformation and suppression of dissent are inherently unstable, and dominion over individual will remains persistently incomplete.

Cracks open up everywhere; through those cracks grow new forms of life, bearing truths so evident that they cannot be suppressed. The response from those in power must then become increasingly disproportionate to the perceived threat, an impulse to overkill that is rooted in a deep anxiety that these isolated utterances might soon assemble into a chorus (such as Occupy), all the more powerful for its complex polyphony and even dissonance. 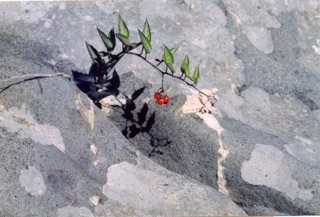 A beast may well be hobbled, but still have the strength to lash out through increasingly concentrated  and desperate violence, should the beast (unconstrained by trivial matters such as the rule of law) sense power slipping away. Herzen only came to fully appreciate the nasty bite of the hobbled beast later in his life; and one year after his death, intense counter-revolutionary violence crushed the nascent Paris Commune, whose moment of vibrant autonomy did not survive the resulting carnage. 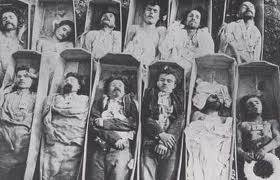 CRUSHED BY THE HOBBLED

In our own time, we witness increasingly perverse innovations in the technologies of crowd control (such as sound cannons); increasingly cruel technologies of detention and incarceration such as the Communication Management Unit, specifically designed to isolate and destroy autonomous voices, even  (or should we say particularly) those voices joined in prayer: 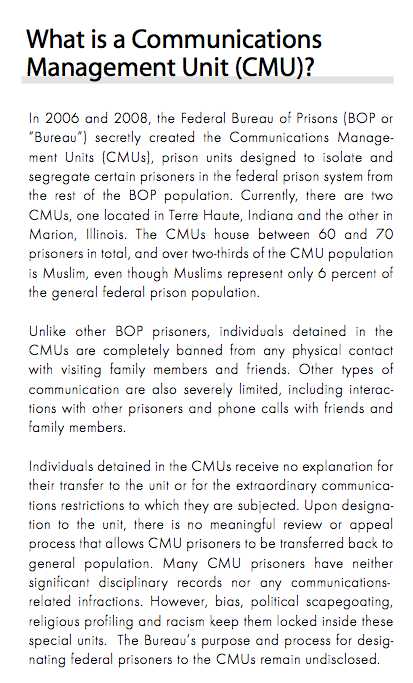 Restricted for the moment to designated “terrorists”, such as the demonized John Walker Lindh,  could anyone doubt that the use of CMUs would become far more widespread should there be more widespread clamor for a more equitable and just society?

At DP, we have been proposing (among other things) that history is a struggle over what bodies retain the right to move freely, and what bodies are restrained. History is also a struggle over what bodies have the right to freely express their subjectivity, and what bodies must be disciplined into silence. Hence the significance of Lawrence Weschler’s brilliant insight, shaped through long and close study, that torture is a form of pedagogy – a teaching designed to unravel a coherent subjectivity whose expression of the self becomes inconvenient for the desire of rulers and their agents to retain their freedom to rape and plunder, unimpeded.

We do not use the word rape rhetorically; in recent days, we have been made aware of the important documentary, The Invisible War, in which a group of tenacious young men and women refuse to observe the code of silence used by certain viciously corrupt military units that have engaged in repeated sexual assault of fellow soldiers. 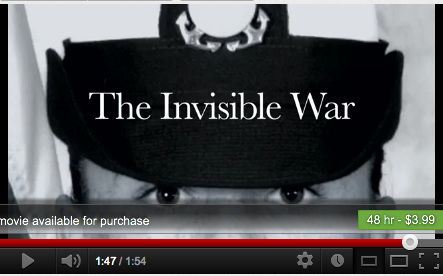 How does a chain of command become so twisted that such acts were not just covered up, but in some cases positively sanctioned, if not routinized? How do we come to grips with a command mentality that then inflicts even deeper abuse through blaming/demonizing the victims and through mobilizing bogus psychological assessments?

Whatever the psychopathology of this particularly abysmal history of abuse, when some better future emerges from the inevitable wreckage of our rotten and morally vacant society, we will need to find strength and inspiration in such individual and collective acts of brave refusal; the refusal to obey a corrupt order of things by vocal and tenaciously autonomous human beings, the ones who refuse to play along with the rulers and their agents, in all their violence.

Hobbled enough, and the beasts will eat their own, and then each other. Such are the morbid symptoms of a terminal condition.

This entry was posted on Tuesday, October 23rd, 2012 at 15:53 and tagged with alexander herzen hobbled, communications management unit, occupy tenacity, plutocrat corruption, the invisible war and posted in bearings. You can follow any responses to this entry through the RSS 2.0 feed.
« Severe Harmony
Iktomi, Deerslayer and Clouds »