The American Psychological Association has declined to proceed with formal charges against Dr. John Leso, who served as a “behavioral consultant” during the prolonged torture of Mohammed Al-Qahtani in 2002. In a letter responding to Dr. Trudy Bond, the APA ethics committee claims that its own rules and protocols preclude sanctions against Dr. Leso, since the APA did not have an articulated policy on interrogations until 2005.

We note that the president of the APA in the year 2002 was none other than Philip Zimbardo, author of The Lucifer Effect, and warden of the infamous Stanford basement prison, dating from 1971.

A timeline created by the Coalition for Ethical Psychology vividly documents the sad and cowardly dance performed by the APA since 2002 around the key issue of professional psychologist participation in the theory and practice of learned helplessness and other innovations in the art of torture: 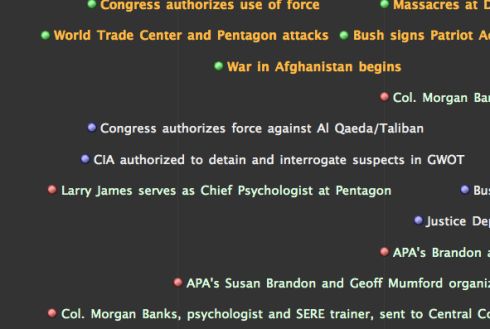 Yet there is a deeper history to the interrogation techniques used at Guantanamo Bay, as documented by Alfred McCoy, in which behavioral science has played a critical role. As summarized in his highly informative interview with Amy Goodman: 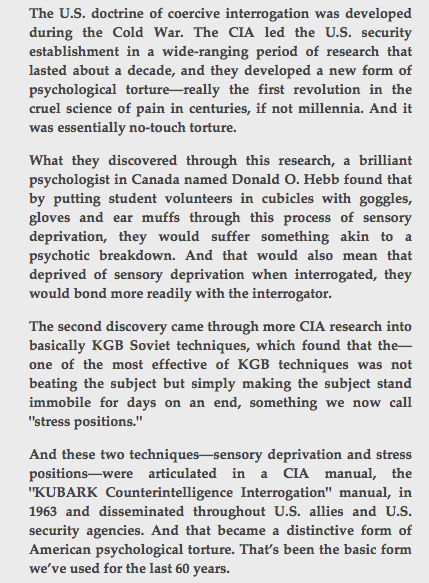 Giorgio Agamben, by way of Foucault and countless other sources, has traced the subjection of knowledge to sovereign power in the production of docile bodies throughout his Homo Sacer investigations; the roots for what Agamben calls the biopolitical paradigm (another nod to Foucault) descend very deeply into the soil of the polis. 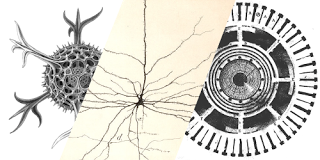 This entry was posted on Wednesday, January 22nd, 2014 at 13:44 and tagged with APA cowardice, biopolitical paradigm, coercive interrogation, dr. john leso, torture and impunity, zimbardo lucifer effect and posted in bearings, DP, riptides. You can follow any responses to this entry through the RSS 2.0 feed.
« Maladjusted
Underground Hum »