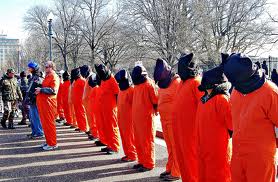 Last week, Attorney General Eric Holder closed the door on any accountability whatsoever for past war crimes and acts of torture. In truth, the door had by then only been open a few centimeters, but now it is slammed shut, locked and chained.

Based on the fully developed factual record concerning the two deaths, the Department has declined prosecution because the admissible evidence would not be sufficient to obtain and sustain a conviction beyond a reasonable doubt.

This decision to “decline prosecution”  is consistent with the Orwellian Obama Doctrine of “Don’t Look Back”, as articulated on the below clip from the January 11, 2009 edition of This Week: 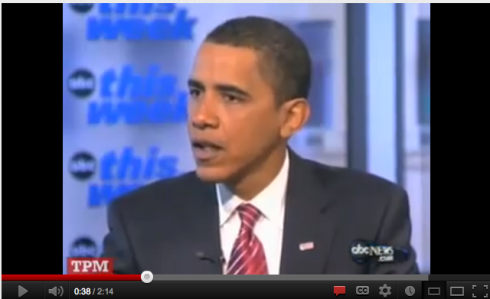 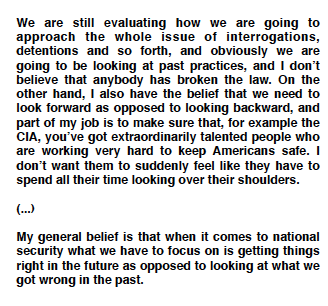 More than any other, this statement belies the undercurrent of lawlessness that courses through Mr. Obama’s entire tenure as President. As any first year law student knows, the rule of law is inherently backward looking, whether by careful review of facts for events which have (always) transpired in the past, or through reference to legal precedent – that vast repository of past wisdom and consideration that is stored within hundreds of years of prior adjudication.

A constitutional republic, such as the one that used to exist here in North America, cannot function without constantly looking backward; without justice regarding past crimes, the future has no standing. Most shockingly, Mr. Obama suggests that the ever-expanding domain of “national security” (which now includes everything from commercial air transport to the banking system) shall be placed outside the “backward looking” law, and be permitted to unfold without any constraint whatsoever. Such views, from a man who once taught constitutional law?

By stark contrast, let us recall lucid preface contributed by Major General Antonio Taguba to an extensively documented analysis of medical evidence released by Physicians for Human Rights in June 2008: 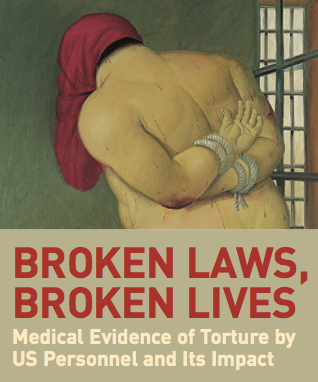 SOMEWHERE OVER THE SHOULDER 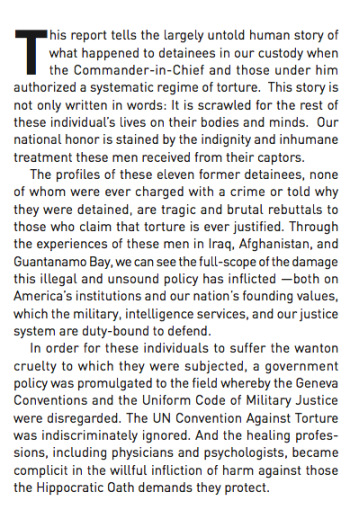 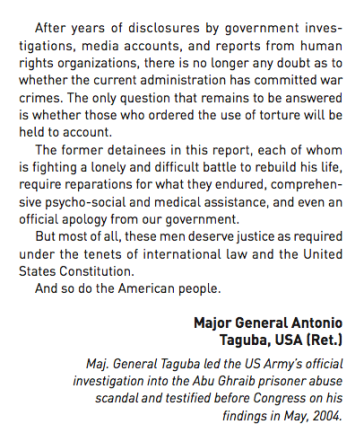 As for the long term price of impunity for the perpetrators of these abhorrent crimes, we turn to a second well documented report, submitted by Human Rights Watch in July, 2011: 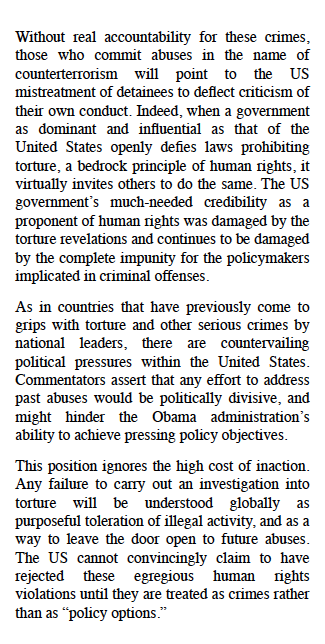 Those who defend our gradual slide into a bifurcated legal system – with one standard applied to “commoners” and another to the wealthy and powerful – with the claim that our system functions well on a relative basis (relative, say to Afghanistan or Russia) would do well to meditate upon the words of Aristotle: 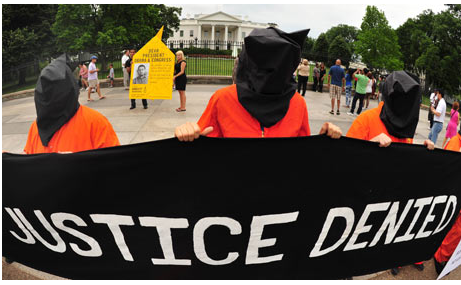 This entry was posted on Monday, September 3rd, 2012 at 12:09 and tagged with eric holder no justice, Obama don't look back, physicians for human rights, rule of law constitutional republic, taguba preface and posted in bearings. You can follow any responses to this entry through the RSS 2.0 feed.
« Double Ice Axe
Expertise and Emptiness »