With some consternation, we note the following exchange that took place recently regarding the widening gyre of drone assassinations:

Alas, what Obama has described as “absolutely true” is absolutely false, since in fact his one sacred duty, as articulated in the oath of office, is to  preserve, protect and defend the Constitution of the United States.

Obama, for all his passionate intensity, has offered an interpretation of his duty as President that is potentially antithetical to the Constitution that he is sworn to defend. Perhaps such slippage of executive self-understanding should be expected, given the massive erosion to the bedrock principle of equal treatment under the law, erosion carefully measured and documented in recent months by former constitutional lawyer Glenn Greenwald: 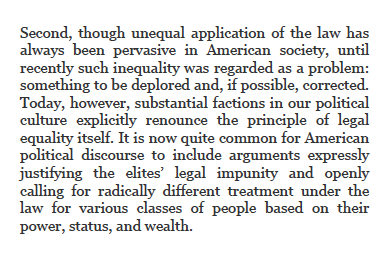 If the legal center of the old narrative cannot hold, all sorts of things start to fall apart, whether through massive financial fraud or through extralegal black ops. Ah, if only we had a New Narrative, perhaps one based not in the inconvenient encumbrance of a Constitutional Republic, but rather in a ruler’s absolute truths: “safety” and “security” for “the people”. 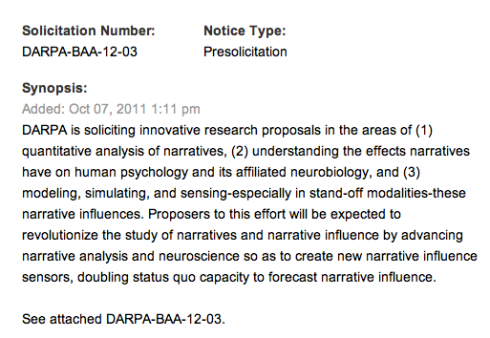 With a new narrative script in hand, the stage will then be set for its authoritative performance; so long in incubation, the rough beast prepares a grand entrance for the ages:

This entry was posted on Monday, September 17th, 2012 at 13:23 and tagged with glenn greenwald, national narrative rule of law, obama sacred duty, the second coming yeats, what rough beast and posted in bearings. You can follow any responses to this entry through the RSS 2.0 feed.
« None Else By
With a Brain Confounded »