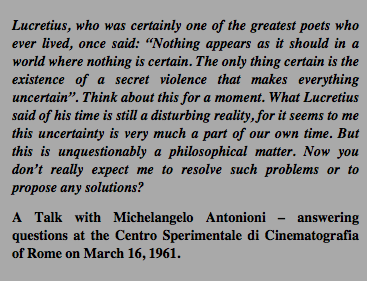 Michelangelo Antonioni entered the world one hundred years ago, today. We mark the occasion by meditating upon what we have long considered to be his masterwork: The Passenger. In a quiet, restrained and unresolved way (which some critics at the time dismissed as boring and pretentious) Antonioni explores difficult and complex themes of identity, fate, illusion, perception and violence.

As the narrative unfolds, perception becomes ever more difficult, no matter how bright the sun. Violence both defines and collapses identity, though not entirely; love and death converge on the same site, to a rhythm nobody can follow, in shapes obscured by layers of dust. Below, the final dialogue between Locke and “Girl”: 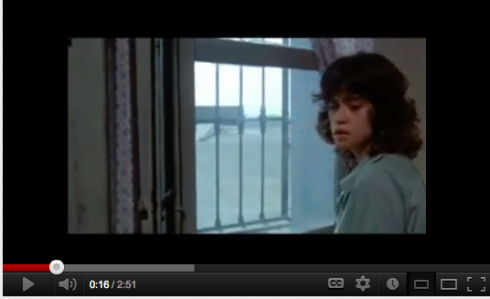 BEAUTY AND THE DUST 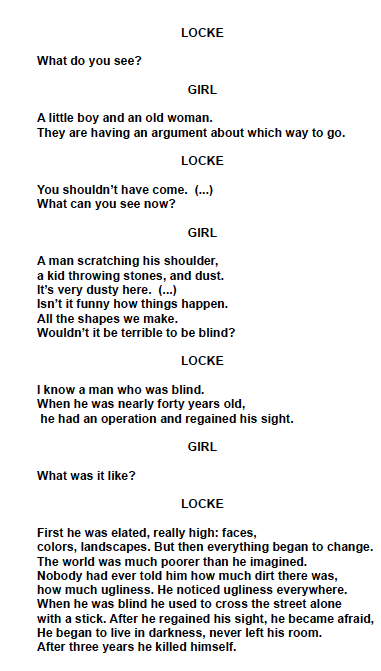 We have long nurtured the pet theory that “Girl” is actually the elusive Daisy; or perhaps even pretending to be Daisy? De todos, we move on to the film’s famous penultimate tracking shot, a virtuoso bit of inside-out filmmaking created by Antonioni and his cinematographer, the great Luciano Tavoli. 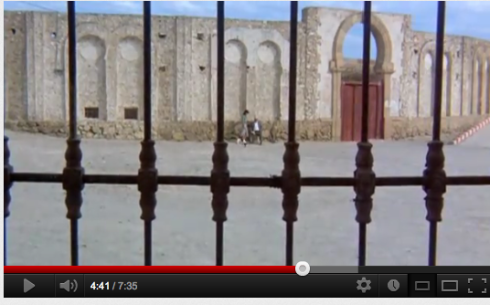 This entry was posted on Saturday, September 29th, 2012 at 08:16 and tagged with antonioni centennial, lucretius a secret violence, the passenger antonioni and posted in bearings. You can follow any responses to this entry through the RSS 2.0 feed.
« Everyone is Ill
The Fire Pit »