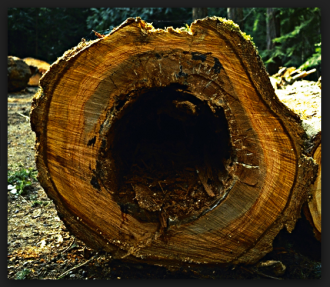 HEART OF THE REPUBLIC: A POST-MORTEM ANALYSIS

Deep into a remarkable eight-part conversation between Chris Hedges and political philosopher Sheldon Wolin, one exchange in particular caught our ears:

This past weekend, while visiting St. John’s College in Annapolis, we had occasion to re-read a passage from Thucydides that well expresses how the dynamics of an expansionist empire inevitably corrupt political virtues within the “homeland”. In the so-called Melian Dialogue (which is actually more of an ultimatum), the expansionist Athenians – sailing through year sixteen of the Peloponnesian War – waste ” no flue words” in articulating the reduction of politics to the cynical measurement of outcomes.

Then comes the chilling endgame for expansionist logic, in which any notion of mutually beneficial neutrality is cast as mischievous, for what message would that convey to subjected populations elsewhere in the empire?

Returning to Chris Hedges in genuine dialogue with Professor Wolin: 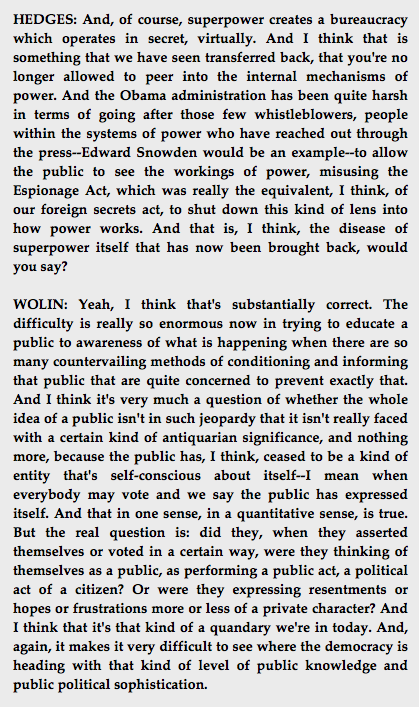 Divide and conquer enemies abroad (as in Iraq); divide and conquer potential dissent at home (as with Occupy).  While this double-edged sword may achieve desired outcomes for a while, the disappearance of virtue from all political equations eventually exacts a heavy price. Without moral authority, such power becomes increasingly difficult to project.

Brute force requires endless expenditure, with rapidly diminishing returns. Once friendship (and true citizenship) is perceived as intrinsically “mischievous”, everyone becomes a potential enemy of the state, at home or abroad; it is only a matter of time before the state collapses into the resulting abyss of violence and paranoia. As Thucydides notes, regarding the fate of the Melians, having stubbornly asserted their will to autonomy:

As for the beautiful dream of Athens, the end came within a decade of the Melian slaughter. 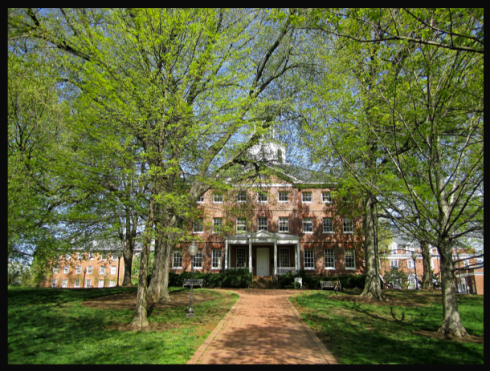 This entry was posted on Tuesday, November 11th, 2014 at 10:46 and tagged with melian dialogue, pericles warning, political virtue corrupt empire, power without moral authority, st. john's college annapolis, thucidydes, wolin hedges dialogue and posted in bearings, DP. You can follow any responses to this entry through the RSS 2.0 feed.
« The Wisdom of Wabi-Sabi
Shatter the Hologram »