This week, we turn to the luminous Masha Gessen as she penetrates the dark, murky language of the autocrat in an essay published last May in the New York Review of Books, an analysis that becomes ever more timely with each passing month. As an example of Donald Trump’s talent for reducing language into piles of nothing, Gessen cites a passage from an interview in which he assesses his first hundred days in office:

Number one, there’s great responsibility. When it came time to, as an example, send out the fifty-nine missiles, the Tomahawks in Syria. I’m saying to myself, “You know, this is more than just like, seventy-nine [sic] missiles. This is death that’s involved,” because people could have been killed. This is risk that’s involved, because if the missile goes off and goes in a city or goes in a civilian area—you know, the boats were hundreds of miles away—and if this missile goes off and lands in the middle of a town or a hamlet …. every decision is much harder than you’d normally make. [unintelligible] … This is involving death and life and so many things. … So it’s far more responsibility. [unintelligible] ….The financial cost of everything is so massive, every agency. This is thousands of times bigger, the United States, than the biggest company in the world. 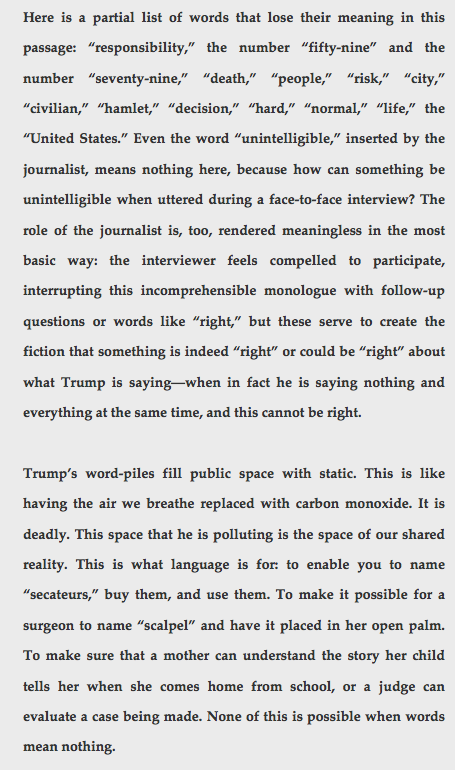 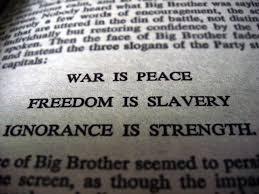 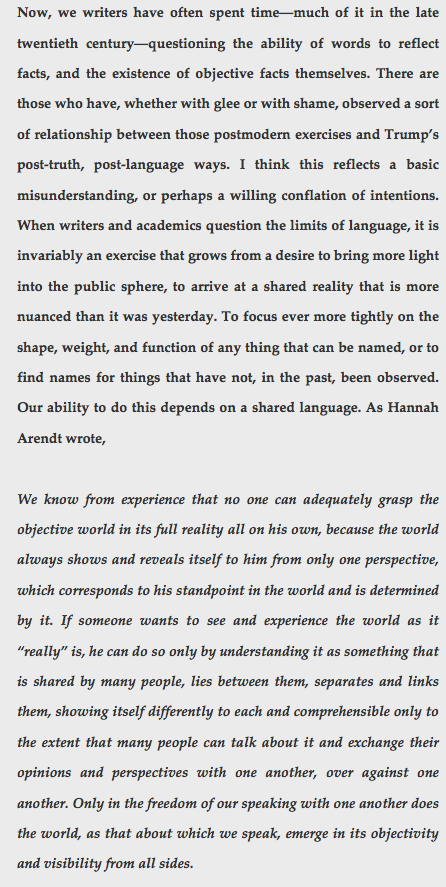 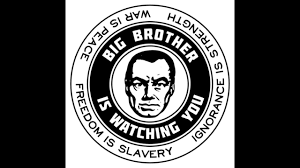 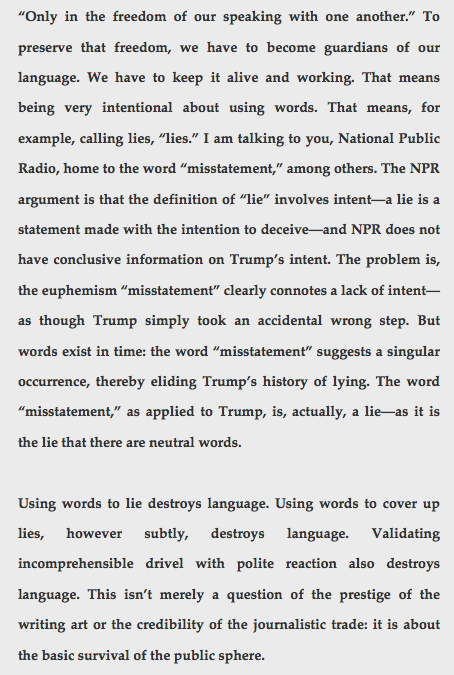 Variations on an Orwellian theme were added by DP.

This entry was posted on Friday, October 6th, 2017 at 09:55 and tagged with hannah arendt, langauge and power, masha gessen, newspeak and posted in bearings, DP. You can follow any responses to this entry through the RSS 2.0 feed.
« Nothing But Eyes To Weep
Reverence and Awe »