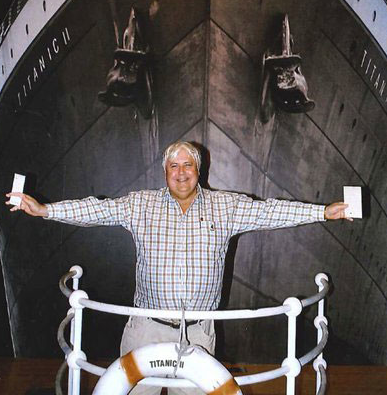 FLY ME TO THE MOON

Now comes iron ore magnate Clive Palmer, and his plans to construct an exact replica of the RMS Titanic. The name rang a faint bell for us here at DP; then we remembered that this very same Clive Palmer suggested not long ago that Greenpeace had been funded by the CIA to destroy the Australian mining industry.

About his Titanic plans, a buoyant Mr. Palmer says:

Not a fairground ride, yet:

And what about the lifeboats?

Though designed in Europe, the boat will be built in China, presumably using iron from Mr. Palmer’s mines. So why has the unsinkable billionaire chosen this particular vehicle into which to sink his fortune? 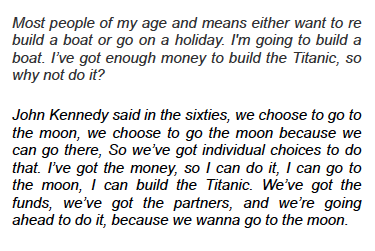 In The Eighteenth Brumaire of Louis Napoleon, Karl Marx wrote:

We suggest that when tragedy strikes the first time, history is then able, upon repetition or replication, to proceed directly to farce. Enter Mr. Clive Palmer, for his character-defining dialogue with an iceberg. 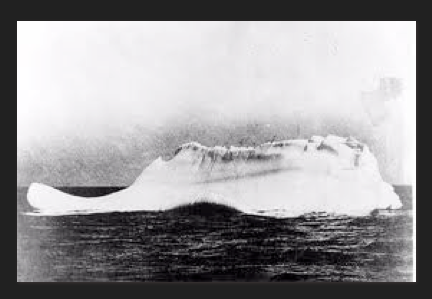