Exterminate All the Brutes

Excerpts from a recent interview below, with links to both the series trailer and a powerful statement of intent.

Now comes Joshua Oppenheimer with a second film investigating the interplay between perpetrators and survivors within the 1965-1966 Indonesian genocide.

Here at DP, we considered Oppenheimer’s The Act of Killing a masterpiece of exploratory cinema; yet the recently released second “panel” of the diptych, The Look of Silence, brings us even more deeply into how silence works to embed trauma into everyday life. As Oppenheimer writes in his own Director’s Notes:

In an excellent interview worth reading in its entirety, Oppenheimer expands on his thinking regarding the interplay between trauma and impunity: 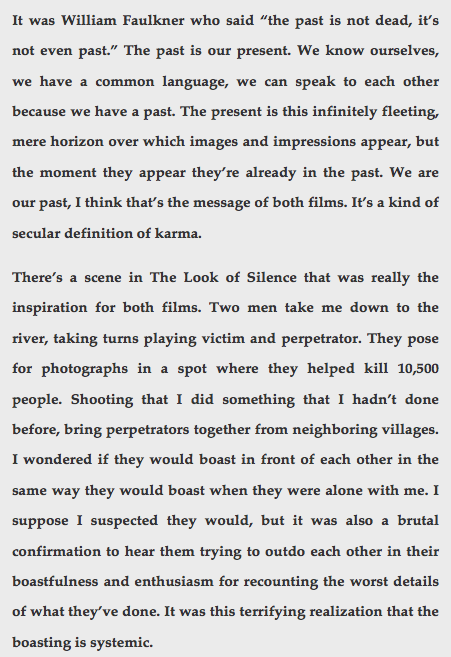 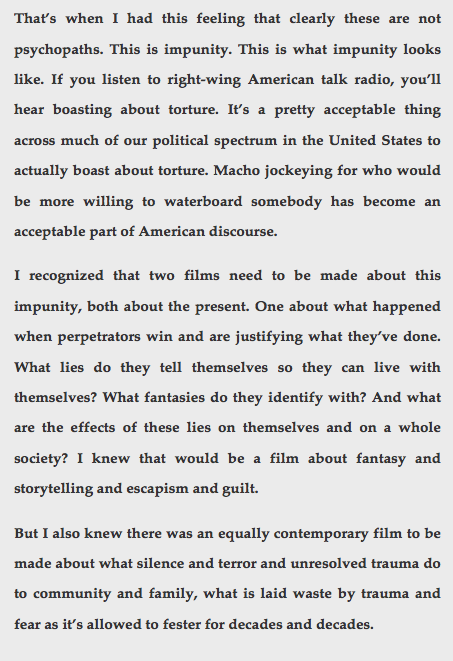 There is much to consider here, regarding the festering wounds within recent American history: torture, war crimes and impunity.