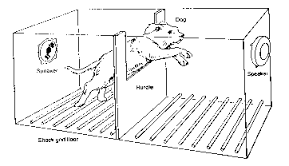 Since the early days of DP, we have proposed that the network of black sites and detention facilities assembled under the cover of the War on Terror must be understood in all its multiple identities: as punitive incarceration, obviously; as a pedagogy, with the rest of the world as student body; and as a behavioral lab, with detainees as the lab rats. The last of these is particularly troubling for those who think that the Shining City retains any moral authority whatsoever; how to reconcile practices reminiscent of the likes of Josef Mengele with the supreme righteousness of American exceptionalism?

Now it seems that on the same day Barack Obama was reminding the United Nations of the indispensable virtues of the American Way, lawyers for the ACLU were putting the final touches on a lawsuit filed on behalf of three victims of the psycho-behavioral lab, a suit that singles out two clinical psychologists — James Mitchell and Bruce Jessen — yet with legal implications that may eventually work their way considerably up the chain of command, all the way to the Oval Office.

As the legal brief concisely summarizes, Mitchell and Jessen took a theory developed by Martin Seligman with reference to the behavior of dogs when subjected to electric shock, and repackaged it as a theoretical framework for the administration of a regime of torture. We understand that Dr. Seligman would prefer to be known as the father of the “Just Be Happy” school of positive psychology, and not as the midwife of enhanced interrogation. A PDF of his key study is available for scrutiny here; we publish a few excepts below. The images are drawings from the hand of one of the victims, Mohamed Ben Soud. 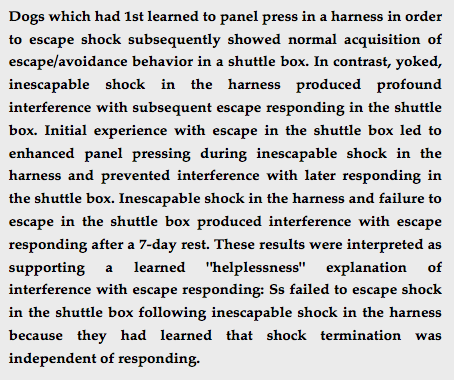 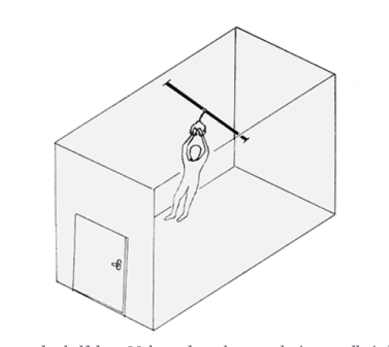 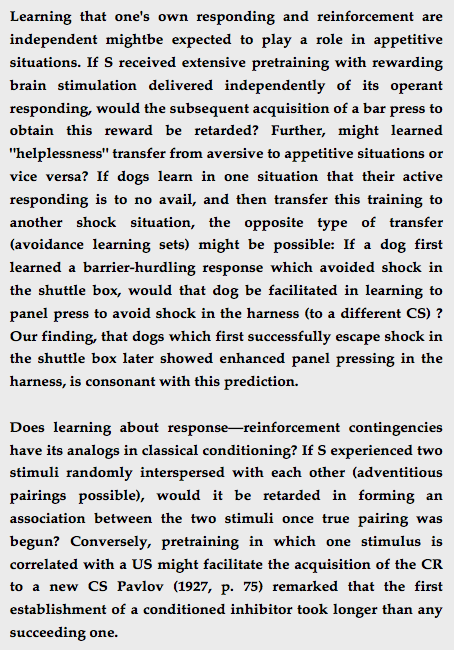 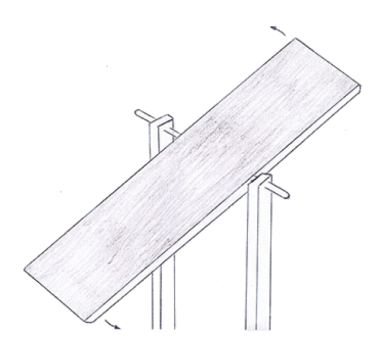 Below, an excellent video summarizing the cruel excesses of the torture laboratory, elements of which (such as forced feedings) continue into the present: 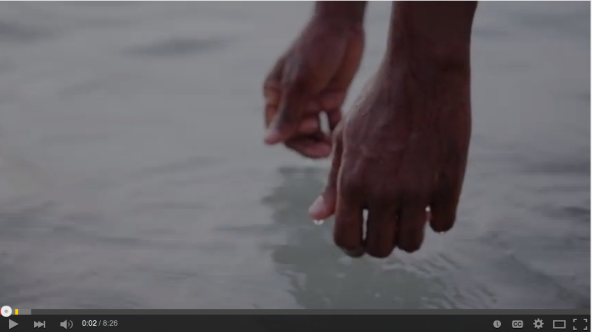 Let us hope that Mitchell and Jessen, whose consulting firm was paid $81,000,000 from the coffers of American taxpayers, are held accountable for their complicity in such abuse, with the three named plaintiffs duly compensated for their suffering. Though the actions of those further up the food chain are still obscured by the fog machine of national security, this lawsuit represents a promising first step towards justice.

We Are the Dark Side 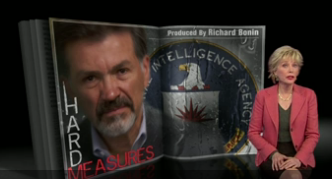 Alfred McCoy has released his new study of coercive interrogation and “no touch” torture: Torture and Impunity: the US Doctrine of Coercive Interrogation. McCoy provides a concise summary of his investigation in an essay on the indispensable TomDispatch in which he outlines the nasty pincer of impunity at home and rendition abroad. This led us to review the extraordinary 60 minutes interview between Lesley Stahl and José Rodriguez, the former head of the CIA Clandestine Service, and the chief executor for the regime of “enhanced” interrogation imposed during the years following 9/11.

The interview received scant attention at the time, and quickly disappeared into the media whirlwind of scandals and crisis, or was dismissed as nada de nuevo. The transcript makes for sobering reading, and reveals what Gitta Sereny would call a “corrupt personality”; corrupt as in broken, together. Even Lesley Stahl, well seasoned after decades of exposure to venality and corruption in every shape and measure, appears perplexed by the moral vacuity and lack of self-reflective conscience exhibited by Mr. Rodriguez. We have slightly edited and compressed excerpts from the transcript below: 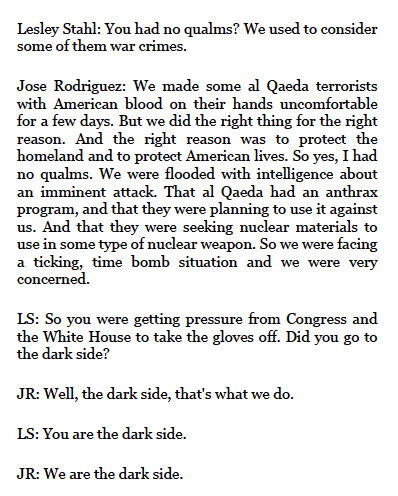 The use of the word “qualm” in interesting in this context, as it descends from the Old English quealm, referring to disaster and plague. The conscience of the dark side qualmeth not. The dialogue goes on… 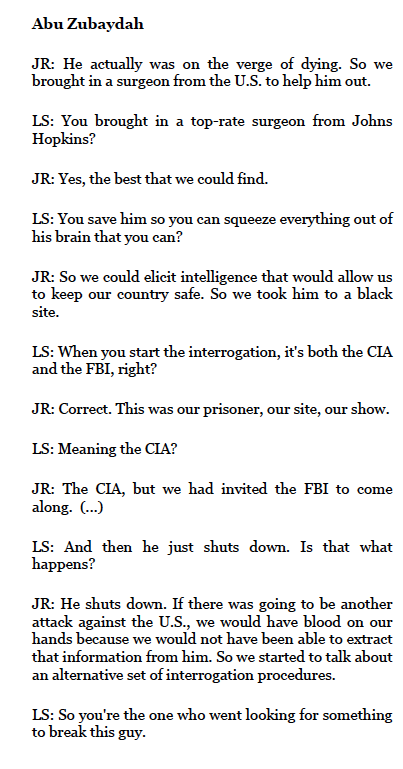 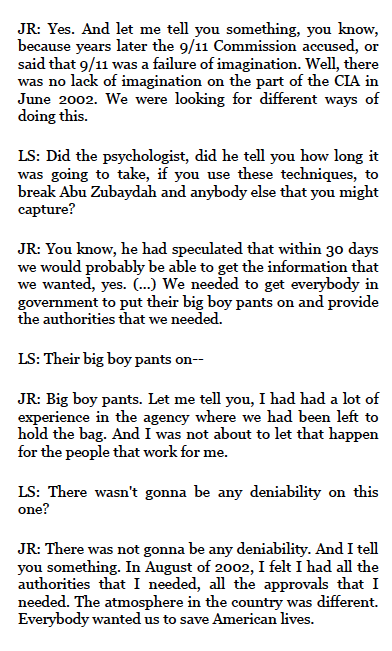 One might insist that “big boy pants” would rather mean adhering against all pressures to inalienable human rights, and insisting also on protocols of thorough verification for the “flood of intelligence”, most of which turned out to be waste water. Difficult to quibble, though, with a Man With No Qualms. And so the dialogue goes on… 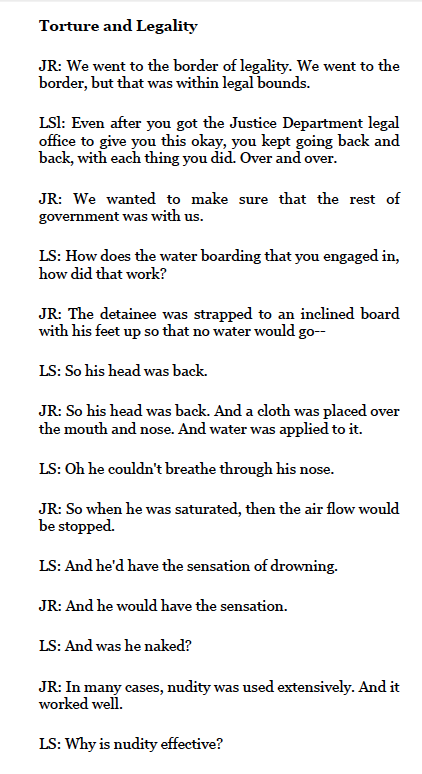 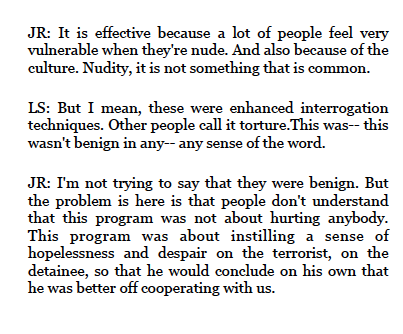 We marvel at the ease with which Mr. Rodriguez articulates the distinction between “not hurting” and in the next breath “instilling a sense of hopelessness and despair”. We also note the instant and effortless elision of terrorist into detainee, as if the designation “terrorist” had been established as legitimate in each and every detention, a claim that we have since learned to be false.

Alfred McCoy (among others) has amply documented the severe damage done to victims of no touch torture; wounds to fundamental identity and to the invisible yet essential sense of self are in many ways far more cruel and damaging than wounds to the body. We read this interview and feel many qualms indeed: U pisciu puzza era capu. 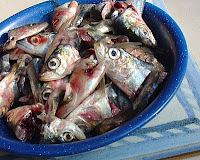 Proof Through the Night

The record of a single day in the life of detainee 063 (Mohammed al-Qahtani), as recorded from the “Secret ORCON” interrogation log; the scene opens with the playing of the Star Spangled Banner. 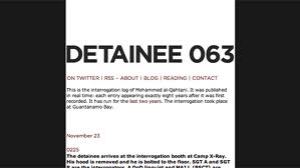 0000: Interrogation team entered the booth and played the national anthem. Detainee was made to stand and put his hand over his heart. Lead explained rules to detainee. Ran pride and ego down approach. Played loud music to keep detainee awake.

0400: Lead established control over detainee by instructing him not to speak and enforcing by playing loud music and yelling. Detainee tried to regain control several times by starting to talk about his cover story. Detainee was not listened to.

0530: Detainee was taken to bathroom and walked for 20 minutes.

OH SAY CAN YOU SEE?

1030: Detainee woke up on his own and requested to go to the bathroom. He was taken to the bathroom and walked for 10 minutes.1100: 2nd shift began by waking the detainee to music. Interrogators told detainee how happy they were that he was back. Detainee was mostly unresponsive. Reinforced the notion that the detainee would be here a long time.

1215: Detainee was taken to bathroom and walked 10 minutes. Food and water were offered and the detainee ate one MRE and drank a bottle of water. Interrogators engaged the detainee in conversation about marriage and dating. Detainee said that he had a chance to marry but refused. He said that he would like to marry someday. The detainee then stated that he was having emotional problems and needed to see a doctor for this. Detainee stated the Jinns had control of his emotions and only a trained doctor could help him. He stated that he would tell everything to a doctor in the same way that he had previously stated that he would tell all if he was taken back to Cuba. Detainee was told he would have to describe what was wrong before a doctor could be brought in. Detainee became unresponsive upon hearing this.

1400: Detainee was taken to bathroom and walked 10 minutes. Detainee offered water – refused. Interrogators covered the resistance techniques he had used and asked him to perform the “crazy Mohammed” facial expressions again. Detainee began to cry. Interrogators recounted the “emotional Mohammed” from earlier in the session and the detainee became stoic again.

1600: Detainee was taken to bathroom and walked 10 minutes.

1615: Offered water to detainee – refused. Loud music was played and the interrogators began yelling at the detainee. Pride and ego down approach was run. Al Qaida falling apart theme was used.

1830: Detainee became very annoyed with the female invading his personal space. He spit on her several times. He tried to push her away using his head. He attempted to move her chair by using his feet to push her chair away from him. Detainee was offered water but he refused to drink it.

1930: Detainee was offered water but he refused it. He was taken to the latrine. Medical Representative weighed detainee and logged detainee’s weight at 119 pounds. He was 123 pounds with the three piece suit.2000: Detainee ate two cheese filled pretzels and when he was given his meal he accepted it and began to eat. He devoured all of his MRE.

2030: Detainee was exercised for good circulation and overall good health. He was also taken to the latrine. He was offered water but he refused.

2140: Detainee was offered water; he refused to take the water. He was taken to the latrine; he did not use it. He stood at the door and waited until we allowed him to return to the interrogation booth.

2339: Medical representative took detainee’s pulse rate and vital signs. She said they were all normal. Detainee was taken to the latrine. He refused water.

In this single day log record, several core characteristics of the Total Theater of psychological torture are in play: learned helplessness; the three Ds of Dependency, Debility and Dread; sensory disorientation; assault on cultural values. Also, the presence of the corpsman “checking vitals” recalls the structure of the Milgram experiments, in which the assurance of scientific authority is crucial to retaining the unquestioning obedience of other players within the scene.

Of particular note is the minimal amount of time devoted to actual interrogation. Instead, we see the “running” of a number of “approaches” and “themes”. From the structure of this log, it would appear that the experience of detainee 063 has far less to do with intelligence gathering than with recording behavioral data for the future of psychological operations, that is, the breaking of the will to resist. Interrogation provides the structural context for ongoing experiments in the permanent “no touch” disintegration of the psyche.

Other “approaches” used on detainee 063 on other days included forcing him to wear a bra; placing a thong over his head; forcing him to perform dog tricks; forced to submit to an enema; forced nudity in the presence of female torturers; referring to his mother and sisters as whores. A more complete record has been compiled by the detainee’s attorney, Gitanjali S. Gutierrez. Despite substantial documentary evidence of US official complicity, not a single person has been held accountable for this appalling catalogue of abuse. 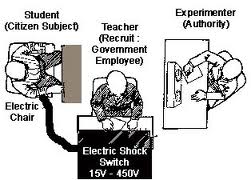