While tracking wolf-related stories and studies, we came across an excellent video that nicely summarizes how restoring the integrity of the food chain can actually reshape the landscape, a process that was intuitively noted by Aldo Leopold over sixty years ago in his pioneering essay, Thinking Like A  Mountain.

The video is linked to the image below, followed by a transcript of the most meaty section of George Monbiot’s somewhat breathless narration that was lifted, it seems, from a TED talk (accounting for the evangelical tone), though the same ideas are given a more detailed and satisfying exposition in his recent book, Feral.

Monbiot has taken a good deal of stick in the British press for his proposal to reintroduce wolves to the Scottish Highlands, yet evidence from the experience at Yellowstone National Park speaks persuasively for itself. 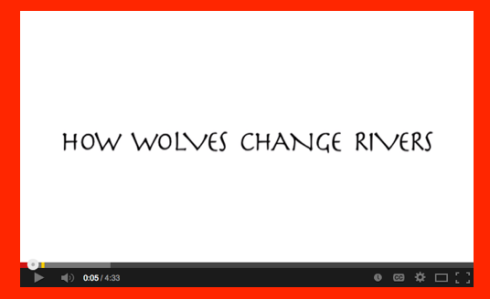 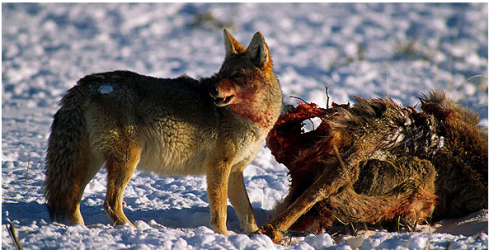 Of course, the cascade can flow equally as powerfully in the other direction, as documented by Lisa-ann Gershwin in her wide-ranging research on the proliferation of jellyfish as a consequence of the elimination of natural predators, together with other human disruptions. Gershwin refers to our “gelatinous future” in her book, Stung! On Jellyfish Blooms and the Future of the Ocean. In her closing paragraph, she writes:

DO SUSHI THE FUTURE?

Gershwin’s important book made a brief media splash towards the end of last year, and then sank into the unfathomable dead zone of yesterday’s news. Our corresponding poet Jon Swan offers the following rumination: 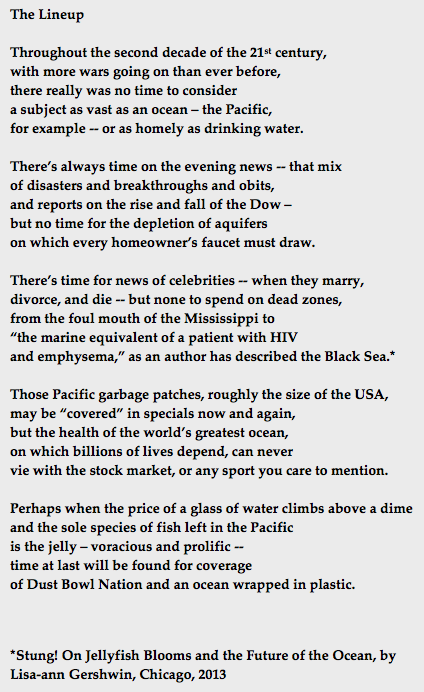