A Place of Harm

During his recent State of the Union address, the deranged individual presently pretending to be President announced that he would reverse Obama’s 2009 executive order to close the Guantánamo Bay detention center. Now comes Dr. Homer Venters, director of programs at Physicians for Human Rights (PHR), with the following statement in response to this dangerous change in policy:

“We strongly condemn President Trump’s decision to keep the Guantánamo Bay detention center open. The facility is a symbol of U.S. torture and injustice known around the world. It represents the unlawful, immoral, and harmful regime of indefinite detention and should be shuttered immediately.”

“Physicians for Human Rights has long demonstrated how policies of torture, ill-treatment, and indefinite detention have caused lasting physical and psychological harm to detainees and have undermined the rule of law. Most of the men remaining at Guantánamo have been there for more than a decade without charge or trial. Many have been tortured and abused, and they have all been denied full protection under the Geneva Conventions. To this day, detainees continue to be subjected to ill-treatment in the form of force-feeding and medical neglect and continue to face difficulty receiving proper medical treatment or rehabilitation as torture survivors.”

“Guantánamo is a place of harm. First and foremost to the men confined within its walls. But also to the medical professionals enlisted into abusing detainees, in violation of their ethical obligations. And, finally, to the United States’ reputation as a defender of human rights and the rule of law.”

“We call on President Trump and his administration to unequivocally confront the human rights violations presented by Guantánamo, address the urgent medical needs of the 41 detainees, and close this chapter of American history for good.”

In June 2017, largely ignored by mainstream media preoccupied with whatever distraction filled the air with buzz and bluster, Physicians for Human Rights published a report that documents in meticulous detail a Gitmo reality that we have long suggested was at the very heart of the “state of exception”: the administration of Guantanamo Bay as a research lab for the exploration of the phenomenon of “learned helplessness”.

From the executive summary: 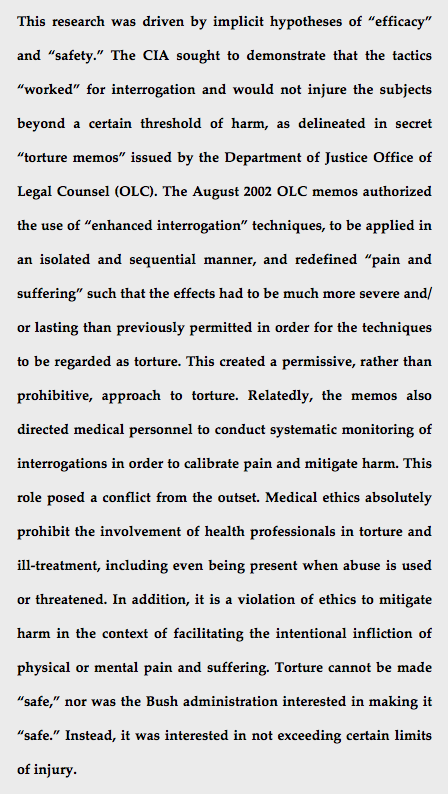 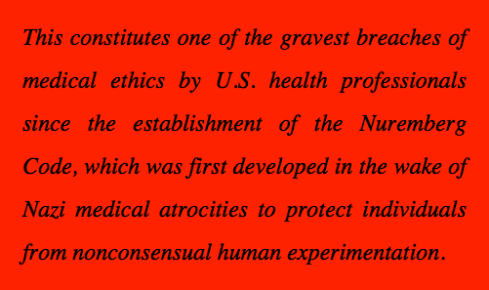