The designation “Predator Nation” captures both the fraudulent dynamics of the global financial system and the strategic machinations of American foreign and military policy. Charles Ferguson, director of the excellent documentary about the global financial crisis Inside Job, uses the title for his new book: 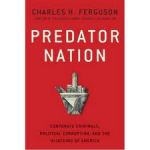 “Over the last thirty years, the United States has been taken over by an amoral financial oligarchy, and the American dream of opportunity, education, and upward mobility is now largely confined to the top few percent of the population. Federal policy is increasingly dictated by the wealthy, by the financial sector, and by powerful (though sometimes badly mismanaged) industries such as telecommunications, health care, automobiles, and energy. These policies are implemented and praised by these groups’ willing servants, namely the increasingly bought-and-paid-for leadership of America’s political parties, academia, and lobbying industry.

If allowed to continue, this process will turn the United States into a declining, unfair society with an impoverished, angry, uneducated population under the control of a small, ultrawealthy elite. Such a society would be not only immoral but also eventually unstable, dangerously ripe for religious and political extremism.

Thus far, both political parties have been remarkably clever and effective in concealing this new reality. In fact, the two parties have formed an innovative kind of cartel—an arrangement I have termed America’s political duopoly, which I analyze in detail below. Both parties lie about the fact that they have each sold out to the financial sector and the wealthy. So far both have largely gotten away with the lie, helped in part by the enormous amount of money now spent on deceptive, manipulative political advertising. But that can’t last indefinitely; Americans are getting angry, and even when they’re misguided or poorly informed, people have a deep, visceral sense that they’re being screwed…” 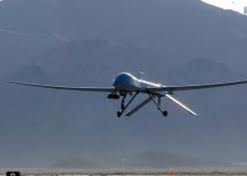 “Predator Nation” also has a second meaning, namely the emergence of drone aircraft as the signature “tools” for the implementation of American foreign policy and military strategic objectives. The estimable Tom Engelhardt recently wrote a critique of an astonishing article in the New York Times by Jo Becker and Scott Shane, “Secret ‘Kill List’ Proves a Test of Obama’s Principles and Will,”; astonishing not just for what it describes, but for its breathlessly obsequious tone. We find the Engelhardt critique worthy of lengthy citation:

“If the Times article — which largely reflects how the Obama administration cares to see itself and its actions — is to be believed, the drone program is also in the process of being sanctified and sacralized.

You get a sense of this from the language of the piece itself.  (“A parallel, more cloistered selection process at the C.I.A. focuses largely on Pakistan…”)  The president is presented as a particularly moral man, who devotes himself to the “just war” writings of religious figures like Thomas Aquinas and St. Augustine, and takes every death as his own moral burden.  His leading counterterrorism advisor Brennan, a man who, while still in the CIA, was knee-deep in torture controversy, is presented, quite literally, as a priest of death, not once but twice in the piece.  He is described by the Times reporters as “a priest whose blessing has become indispensable to Mr. Obama.”  They then quote the State Department’s top lawyer, Harold H. Koh, saying, “It’s as though you had a priest with extremely strong moral values who was suddenly charged with leading a war.”

In the Times telling, the organization of robotic killing had become the administration’s idée fixe, a kind of cult of death within the Oval Office, with those involved in it being so many religious devotees.  We may be, that is, at the edge of a new state-directed, national-security-based religion of killing grounded in the fact that we are in a “dangerous” world and the “safety” of Americans is our preeminent value.  In other words, the president, his apostles, and his campaign acolytes are all, it seems, praying at the Church of St. Drone.” 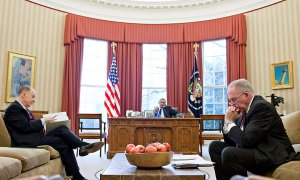 PRAYING IN THE CHURCH OF ST. DRONE

“What should astound Americans — but seldom seems to be noticed — is just how into the shadows, how thoroughly military-centric, and how unproductive has become Washington’s thinking at the altar of St. Drone and its equivalents (including special operations forces, increasingly the president’s secret military within the military). Yes, the world is always a dangerous place, even if far less so now than when, in the Cold War era, two superpowers were a heartbeat away from nuclear war.  But — though it’s increasingly heretical to say this — the perils facing Americans, including relatively modest dangers from terrorism, aren’t the worst things on our planet.

Electing an assassin-in-chief, no matter who you vote for, is worse.  Pretending that the Church of St. Drone offers any kind of reasonable or even practical solutions on this planet of ours, is worse yet.  And even worse, once such a process begins, it’s bound to be downhill all the way.  As we learned last week, again in the Times, we not only have an assassin-in-chief in the Oval Office, but a cyberwarrior, perfectly willing to release a new form of weaponry, the most sophisticated computer “worm” ever developed, against another country with which we are not at war.

This represents a breathtaking kind of rashness, especially from the leader of a country that, perhaps more than any other, is dependent on computer systems, opening the U.S. to potentially debilitating kinds of future blowback.  Once again, as with drones, the White House is setting the global rules of the road for every country (and group) able to get its hands on such weaponry and it’s hit the highway at 140 miles per hour without a cop in sight.

James Madison, Thomas Jefferson, George Washington, and the rest of them knew war, and yet were not acolytes of the eighteenth century equivalents of St. Drone, nor of presidents who might be left free to choose to turn the world into a killing zone.  They knew at least as well as anyone in our national security state today that the world is always a dangerous place — and that that’s no excuse for investing war powers in a single individual.  They didn’t think that a state of permanent war, a state of permanent killing, or a president free to plunge Americans into such states was a reasonable way for their new republic to go.  To them, it was by far the more dangerous way to exist in our world.

The founding fathers would surely have chosen republican democracy over safety.  They would never have believed that a man surrounded by advisors and lawyers, left to his own devices, could protect them from what truly mattered.  They tried to guard against it.  Now, we have a government and a presidency dedicated to it, no matter who is elected in November.”

Fraudulent derivatives and drone assassinations both promise spectacular rewards with zero negative consequences. Such promises are delusional. In time, the consequences of both the most rapacious plundering of global wealth ever conceived and the imperial delivery of remote controlled death to groups and individuals through a decision making process that is entirely extralegal will express themselves with a vengeance. The term “blowback” will not be equal to the task of describing the chaos unleashed by both ugly faces of our Predator Nation.