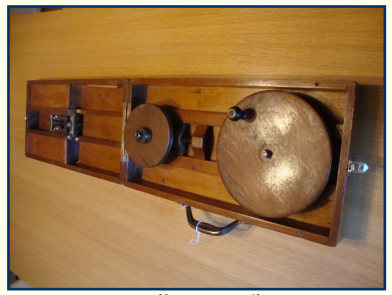 AT THE HEART OF SELF-RULE

We have been monitoring (though without bidding) the sale at auction of a portable spinning wheel designed and used by Mahatma Gandhi while in prison, to spin the thread for the fabrication of his own clothing. Most of the articles reporting on the sale (which transpired at a racecourse in Shropshire) reference Gandhi’s affection for spinning as a form of “meditation”.  Well yes, that may be so, though this particular meditation took as its subject resistance to the impoverishment of India by machines, and not just those chugging away in distant Manchester.

Gandhi first articulated his critique in his booklet on Indian self-rule, or Hind Swaraj, published in 1908: 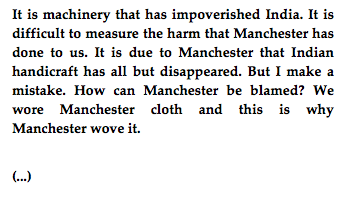 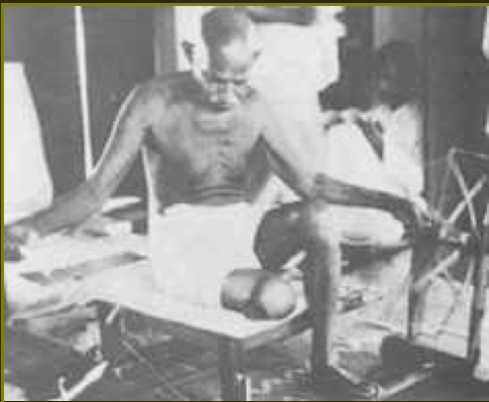 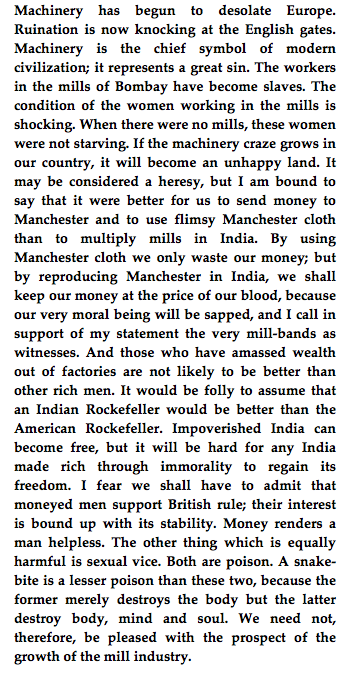 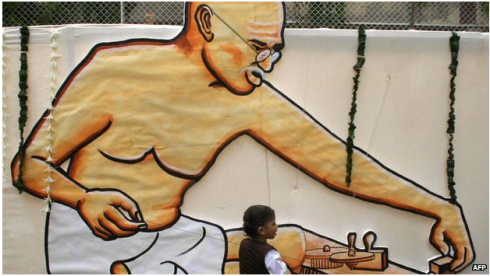 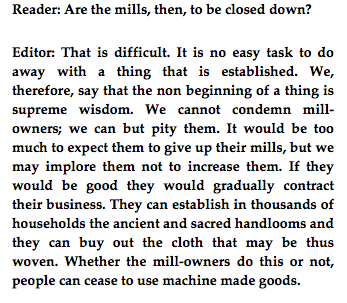 For Gandhi, the charkha was a symbol of both individual and collective autonomy and integrity; the kinetic activity of spinning served as a daily reminder that there could be no achievement of national rebirth without personal engagement, as expressed in manual labor, and reinvention. Those politicians who spoke of national independence within the context of economic domination were useless dreamers and moral cowards, for they dared not come to grips with the radical change that would be required in their own daily lives, to achieve lasting freedom in India. Such pretenders wished to replace the British tiger with an Indian tiger.

All tigers consume their prey; Gandhian swaraj envisions a polity free from predators. No wonder the Indian government displayed no interest in the purchase of this iconic charkha, given that its contemplation might spin forth all sorts of uncomfortable meditations.

This entry was posted on Tuesday, November 5th, 2013 at 14:14 and tagged with gandhi spinning wheel auction, hind swaraj, kinetic resistance to industrial machine, self rule self reliance, symbol charkha and posted in bearings, buoys, DP. You can follow any responses to this entry through the RSS 2.0 feed.
« The Broken Ocean
Hooligans »