Philosopher In A Space Suit

Belatedly, we mark the death (October 25) of the remarkable American philosopher, Arthur C. Danto (1924-2013).While tracking references online, we came across an autobiographical statement, in which Danto describes his decision to shelve his career as an artist in favor of philosophy, which for him represented a continuity of thought by different means: 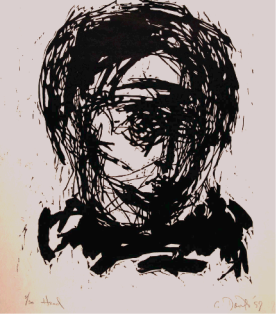 When we first encountered Danto in college, his open, humorous and generous voice offered welcome counterpoint to contemporaries like Rorty (b. 1931) and Rawls (b. 1921). His deep roots in analytic thought did not confine him to any one planet within the philosophical universe; in sentence after sentence, digression after digression, and book after book, Danto displays a wonderfully unrestrained spirit of adventure into the dark. Indeed, in a 2010 interview he referred to his mastery of the analytic idiom as his “space suit”:

In the same interview, Danto discusses the uneasy and even unruly relationship between beauty and meaning: 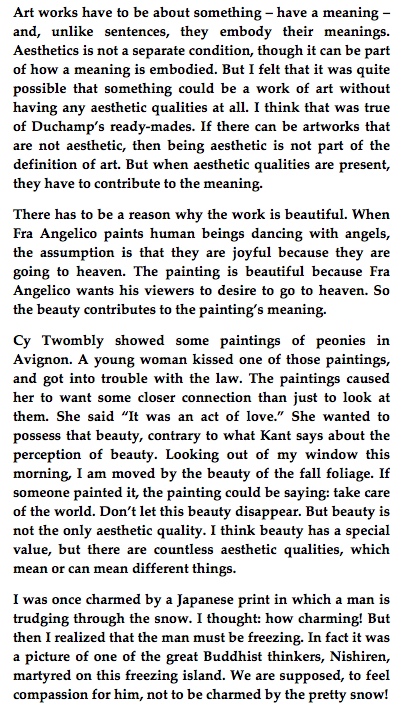 This entry was posted on Friday, November 15th, 2013 at 15:05 and tagged with analytic philosophy as danto's space suit, art as philosophy, arthur danto dead, danto woodcut head epiphany, gregory whitehead desperado philosophy, philosophy as art and posted in bearings, buoys, DP, riptides. You can follow any responses to this entry through the RSS 2.0 feed.
« Learn How to Die
Thinking Like A Mountain »