Death and the Ocean

Turning to the the Annals of Human Ecocide, we take note of a massive coral bleaching event along the vast expanse of the Great Barrier Reef, as reported by the Guardian. Among those who have witnessed the facts at close quarters with eyes (and nostrils) wide open, diver Richard Vevers recounts his recent experience surveying one section of the reef: 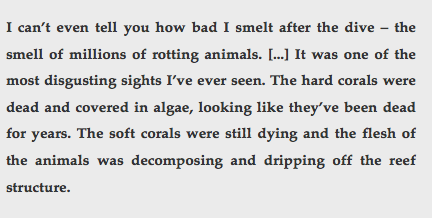 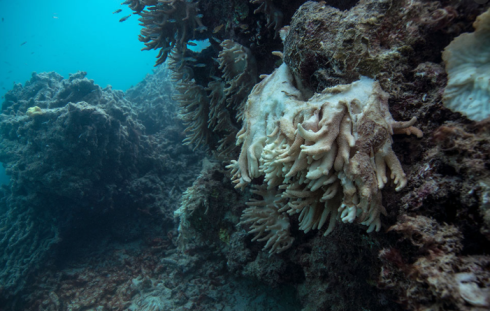 Marine biologist Justin Marshall, who has studied the reef in the vicinity of Lizard Island over the course of many years, meticulously documents the two stages of coral death: bleaching followed by seaweed proliferation. 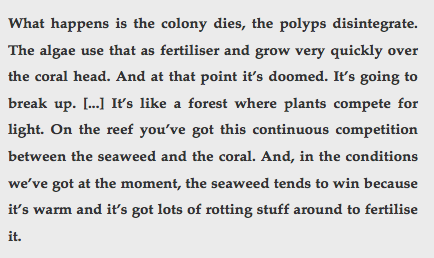 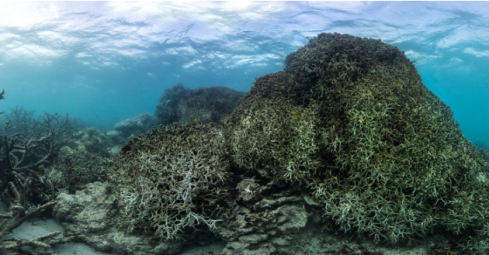 Now we turn to the inevitable deniers. Most conspiculously, consider the words of a man named Col McKenzie, who presently serves as the CEO for the Australian Association of Marine Park Operators. Mr. McKenzie simply dismisses the overwhelming empirical evidence while taking cheap pot shots at the messengers: 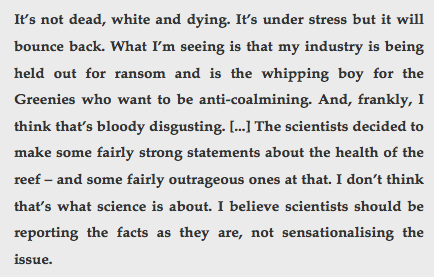 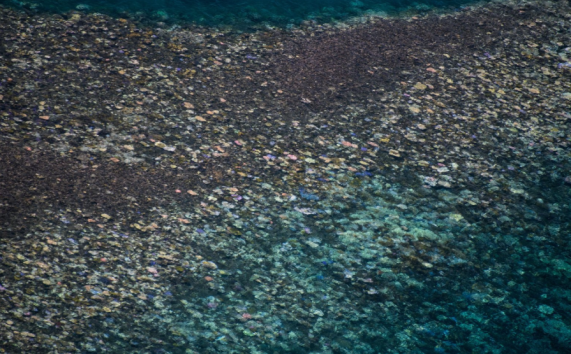 THE FACTS AS THEY ARE: “BLOODY DISGUSTING”

Perhaps Mr. McKenzie might consider partnering with Leo DiCaprio in developing a new sort of monomanical marine park, one that would feature the genesis of a man-made environment so spectacular that we would never miss the disappearance of the Great Barrier Reef.

We close with the honorable Justin Marshall, who urges individual action in the face of government and corporate indifference, dereliction and turpitude: 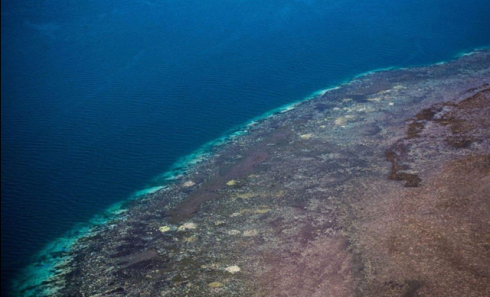 This entry was posted on Wednesday, June 8th, 2016 at 16:24 and tagged with denial, ecocide, reef death and posted in bearings, buoys, DP. You can follow any responses to this entry through the RSS 2.0 feed.
« The Habitual Emergency
Queens in the Desert »