Not A Bug Splat

Now comes a simple yet powerful project inspired by the peripatetic JR, created through the collaboration of unnamed artists (no doubt fearful of being classified as “terrorist sympathizers”) with local villagers, and supported by human rights organizations Reprieve and the Foundation for Fundamental Rights.

From the artists’ own site:

AGAINST THE DISPOSITION MATRIX

In a useful drone strike lexicon compiled by the CBC, we are reminded that “Bugsplat” is also the name for the actual software used to calculate and assess collateral damage (dead civilians) resulting from various categories of airstrikes.

The US military  first used the apparently rather buggy software during the Iraq war in 2003; officials told the Washington Post that it would “more precisely model potential damage by a particular type and size of bomb dropped by a particular aircraft flying at a given altitude.”

According to the CBC, the CIA also uses Bugsplat in the ongoing drone strike killings. Other entries in the drone lexicon: 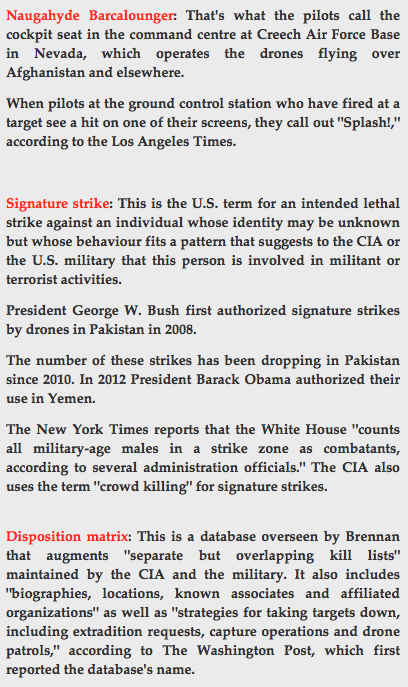 We have tracked the discussion about the moral disposition of the matrix in a number of past DP posts. Against the perverse logic of the omniscient exterminator, this artwork provides an opening into another way of thinking about our projected “threats”. Do we dare to get off our naugahyde barcaloungers and enter therein? 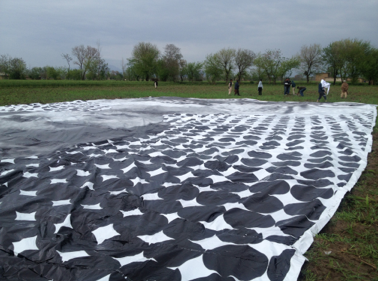 NO BUGS DOWN HERE