THEY WANT THE FULL MONTY

“It comes down to understanding what this thing is all about,” said Mr. Palmer, adding that his survey results indicate that prospective passengers want the entire “tux to life vest” experience. “They want to know how it felt to make those key decisions, like who gets to escape from steerage, and who gets first dibs at the lifeboats, you know, that sort of thing,” explained the mining titan.

Mr. Palmer waived off skeptical comments regarding his ability to calve an iceberg. “Oh come now, my consultants tell me that an iceberg is either a snowball or an ice cube, so that means we’ll either roll it or chip it. Either way, compared to the logistics of a strip mine, it’s a piece of cake.” 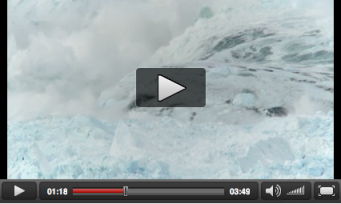 A PIECE OF CAKE

Environmental organizations did not respond to phones calls seeking comment, but Mr. Palmer said he would address their concerns, as he has always done in his mining operations. “I intend to hire Sir Ranulph Fiennes as a sort of diplomat at large for the project, and he will assist in fundraising for anyone who has doubts or questions, and I am sure everyone will be happy in the end. We even had the idea that Sir Ranulph might take charge of a few lucky greenies who could bundle up all warm and fuzzy and ride the iceberg, you know, see the disaster from that perspective.”

When asked how he could justify spending a fortune to produce the replica simply to destroy it, Mr. Palmer replied, “Well, when I started this, I thought the point was to complete the maiden voyage that the iceberg sort of interrupted back in 1912. Then I read our own internal surveys, and I had this stunning epiphany —  there is no way to compete with what really happened, so why not make it happen again? That way a whole new generation gets to experience the thrill of being carried down, deep inside what has become a tremendously powerful modern myth. No way can I let such an opportunity float by — so I figure let’s go whole hog.”

Yes, but will passengers who go whole hog be carried once again to their deaths? “My lawyers are still reviewing all that, but we’re thinking there will be different ticket classes — the more you pay, the more risk you accept. The highest price will be for those who want to go the full monty, and leave everything, you know, to fate. The main rescue boat was called the Carpathia, and we’re already about half done with a replica of her. I mean compared to the Titanic II, she is nought but an overblown tug boat.”

Once Titanic II disappears beneath the waves, what then? “Well, I’ve discovered I have a driving passion for building boats. I am prepared to keep building Titanics for as long as there are people who want to walk the walk and take a chilly swim past midnight. Some people may dream of taking a stroll on the moon, but on board the Titanic II you will get to look that iceberg dead in the eye, and then look your fellow passengers dead in the eye and find out who you really are at crunch time. You can’t slap a price tag on that.” 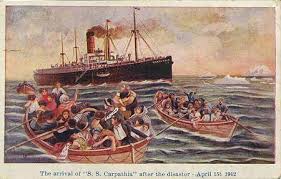