During this week of commemoration, being 75 years since the United States dropped two bombs on overwhelmingly civilian populations in Japan, we turn to Elaine Scarry in the pages of the Boston Review.

The entire essay is worth a close read; excerpts below, with archival photos  added by DP. 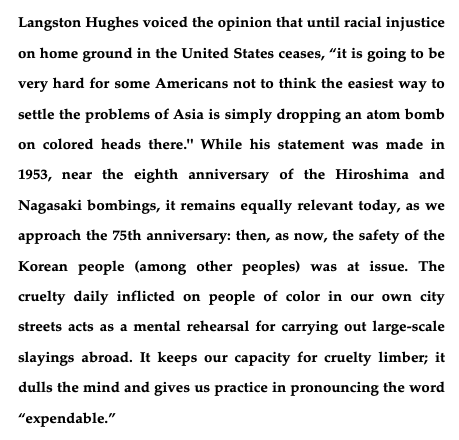 On May 27th, an American president will finally set foot in Hiroshima, though Nagasaki is apparently not on the itinerary.

Mr. Obama, whose relative rhetorical fluency – relative to grunted Bush-blubber and the greeting card drivel of Bill Clinton – masks moral and philosophical emptiness, will not issue an apology for the incineration and radiation of large, concentrated civilian populations. In the words of his Orwellian-designated National Security Advisor for Strategic Communi-cations & Speechwriting, Ben Rhodes: “He will not revisit the decision to use the atomic bomb at the end of World War II. Instead, he will offer a forward-looking vision focused on our shared future.”

Such refusal to acknowledge past atrocity resonates with Obama’s earlier decision to decline the prosecution of war criminals within the Bush administration, even after the emergence of overwhelming documentary evidence. On April 16, 2009, he stated:

“This is a time for reflection, not retribution. I respect the strong views and emotions that these issues evoke. We have been through a dark and painful chapter in our history. But at a time of great challenges and disturbing disunity, nothing will be gained by spending our time and energy laying blame for the past. Our national greatness is embedded in America’s ability to right its course in concert with our core values, and to move forward with confidence. That is why we must resist the forces that divide us, and instead come together on behalf of our common future.”

Severing the past from the future resides at the very heart of American exceptionalism; since the future of the Shining City is eternally full of promise, who cares what happened in the past? With this in mind, we turn to political philosopher Fred Dallmayr, writing in his lucid forward for a wide-ranging collection of essays titled Philosophy After Hiroshima.

The images are borrowed from The Sensory War 1914-2014, an exhibition presented last year at the Manchester Art Gallery. 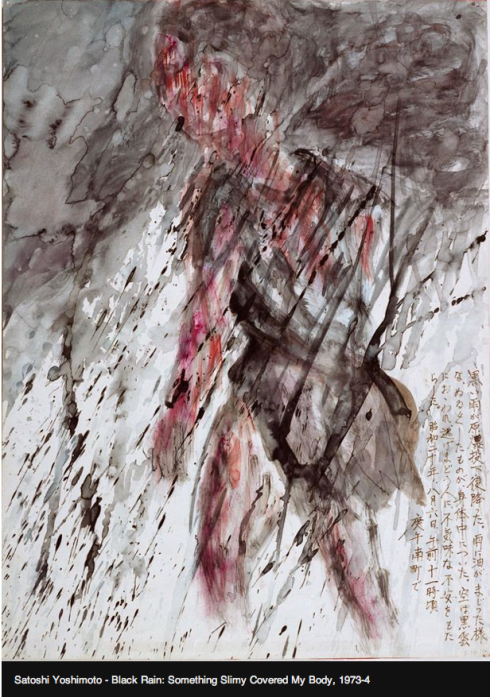 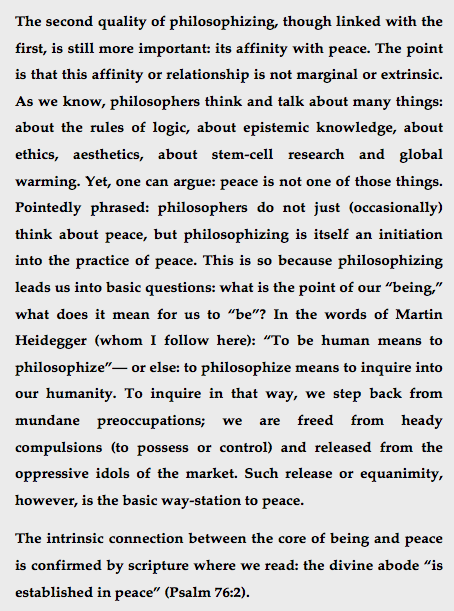 Whatever happens in Hiroshima on May 27th, we are sure that Mr. Obama will not enlist memory in the service of resistance and recuperation, just as we are sure that the Shining City of our ongoing delusion has nothing to do with “the divine abode”.

In the end, his mission will be one of vanity, self-aggrandizement and deceit, as the commander of the “kill chain” burnishes his preferred image as A Man of Peace during the fading days of a failed presidency.