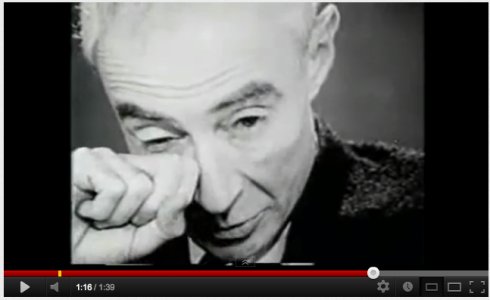 In the above scene from a 1965 television documentary, J. Robert Oppenheimer describes his reaction to the Trinity test explosion, while brushing away the threat of a tear:

Some translators have preferred Vishnu the shatterer, rather than destroyer. A recent essay by Allen S. Weiss notes that while the English word “pottery” refers to the shape of the object as a vessel, the Japanese “yakimono” means “fired thing”; surely Hiroshima was shattered by the fire-blast of August 6, 1945.
In the same year as he delivered these oft-quoted lines, frequently interpreted as evidence of a deep remorse for his role in the slaughter of a civilian population, Oppenheimer told a reporter from the New York Times Magazine that he had simply performed his duty:  “I never regretted, and do not regret now, having done my part of the job.”  He also told Newsweek, “At Los Alamos, there was uncertainty of achievement but not of duty,” and on the day before Hiroshima Day 1965, he said that “when you play a meaningful part in bringing about the death of over 100,000 people and the injury of a comparable number, you naturally don’t think of that as—with ease.” 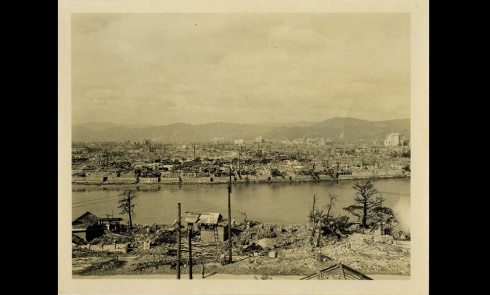 In 1954, while being interviewed for a security clearance related to work on the hydrogen bomb, Oppenheimer was asked if he felt any moral revulsion regarding such work. He countered that the word “revulsion” was too strong, while also rejecting the word “moral”. The use of the bomb by politicians and warriors was not his province nor his responsibility; as a scientist, he must simply do his duty, in the lab and on the testing ground.
A fascinating essay by James Hijiya (who guided us through the above citations) suggests that Oppenheimer used philosophy (above all the Gita) as an anodyne for occasional sharp pangs of conscience. It is certainly evident that matters of conscience bothered him at an abstract level, and that he was in need of frequent intellectual balm, whether from Hindu philosophy or from the pages of Shakespeare. Indeed, Hijiya notes that Oppenheimer’s fondness for John Donne’s poetry may have yielded the name for the historic Trinity test blast in the Jornada del Muerto: 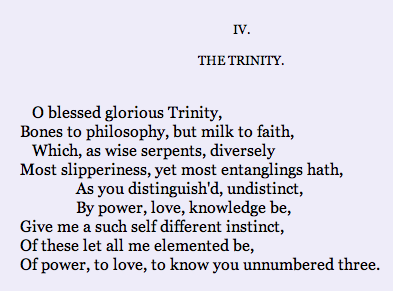 Impossible to summarize here, Hijiya’s comprehensive forensic examination of Oppenheimer’s complex yet ultimately vacant conscience ranks in the same class as Gitta Sereny’s examination of Albert Speer upon his release from Spandau. Prompted and prodded by his dialogue with Sereny, Speer is ultimately the more honest and forthcoming of the two in confronting his moral limitations, though one wonders what might have emerged had Hijiya been able to directly engage Oppenheimer in a similar way.
Influenced by Hijiya’s close genealogical analysis of Oppenehimer’s citation from the Bhagavad Gita, we revisit the above documentary clip. In place of harrowing self-scrutiny, we now hear an empty seed pod rattling around inside this brilliant man, as if the worm of conscience had left behind not rich black soil, but an empty echo chamber, resounding with false Dharma and self-serving fatalism. T.S. Eliot, another of his favorite poets, knew this condition well: for all his abundant intellectual power, Oppenheimer became a “paralyzed force, gesture without motion.” 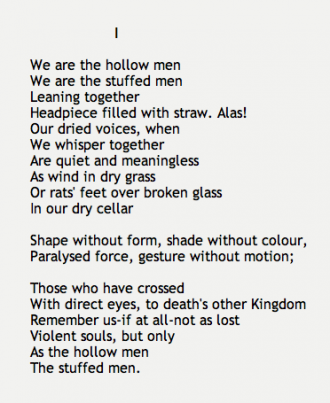