From Rights To Obligations

Today, shares in a dystopic “gig economy” company (Uber) will be offered to a public apparently willing to swallow even the most outrageously distorted narrative.

Concurrently,  the CEO of one of the most toxic companies in history (Amazon) has announced his plan to “build a road in space”:  “Do we want stasis and rationing or do we want dynamism and growth? This is an easy choice. We know what we want. We just have to get busy.”

Oh my. A man apparently addicted to “getting busy.”

Earlier this week saw the release of a report documenting abundant evidence of accelerating extinction rates while craven officials licked their chops over the opportunity to drill drill drill; busy, busy, busy.

In the midst of this death dance of neoliberalism, we turn to a historian who has devoted a lifetime of research to recuperating and celebrating histories of resistance to the commodification of every living and dead thing: Peter Linebaugh.

Excerpts from a recent interview below, with images from Doris Salcedo’s “Shibboleth”. 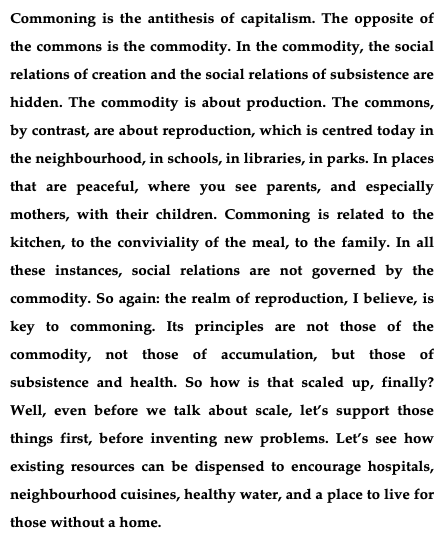 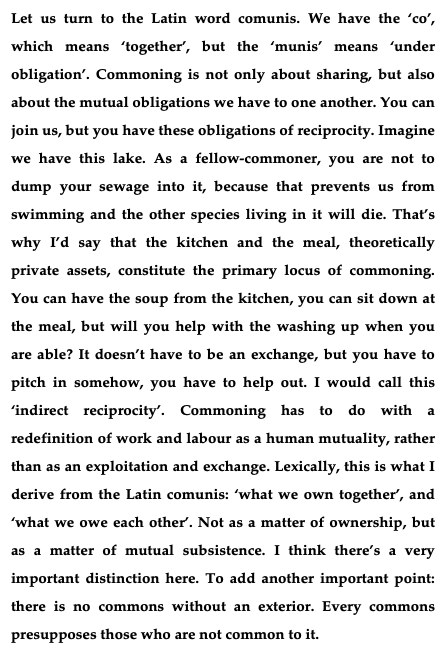 PETER LINEBAUGH: WE HAVE THE WORLD TO GAIN, THE EARTH TO RECUPERATE

On brief respite from our northerly peregrinations along the spine of the glacial moraine, we take note of an exceptionally timely “swan-honk”, sounding forth from the rich voice of historian Peter Linebaugh. The full text is worth careful consideration; we excerpt below the opening paragraphs, that focus on the transformation of American universities into “fog factories” and debt machines, beholden to their corporate masters.

The Milton reference descends from the story of Cadmus, the carrier of literacy and civilization, and his slaying of a dragon that had been guarding an enchanted spring. Cadmus pierced the dragon’s heart by way of its throat and then, following the commands of an airborne voice, planted half of the dragon’s teeth. From each tooth sprang a warrior from the soil, five of whom would join Cadmus in the construction of Thebes.

Peter Linebaugh has planted numerous dragon’s teeth of his own over the course of his distinguished (however devalued) career as a historian “from below”, in the tradition of E.P. Thompson:  The London Hanged, (with Marcus Rediker) The Many-Headed Hydra: the Hidden History of the Revolutionary Atlantic and Magna Carta Manifesto. His essay on the history of May Day is included in Serpents in the Garden. His latest book is Stop Thief! The Commons, Enclosures and Resistance.

An excellent interview regarding the legal and cultural legacy of Magna Carta dates from 2009, yet every word remains relevant five years later. Though he may have retired from the Fog Factory of Toledo, we are hopeful that Peter Linebaugh has a few more teeth to sow.