Because They Were Here

Now comes Charles Homans with perceptive comments about the ever-expanding archive of online wildfire videos. The entire essay is worth close consideration. Brief excerpts below, with images from the remarkable video at the heart of his observations. 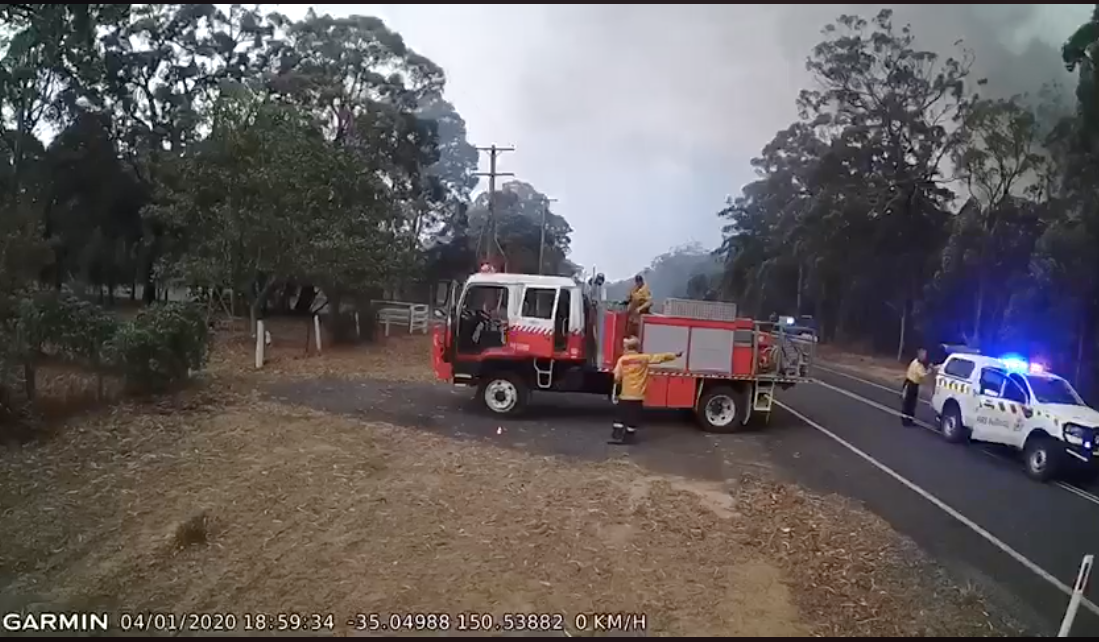 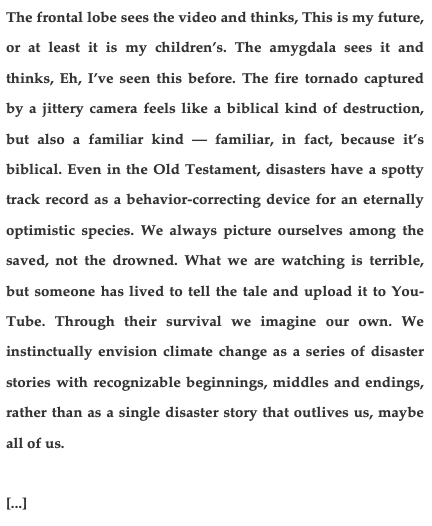 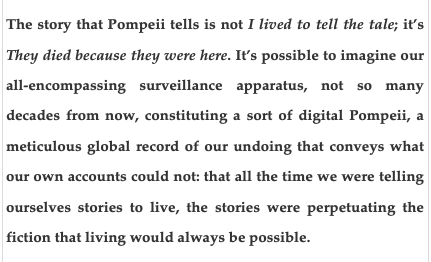 From Pliny’s second letter to Tacitus, we read:

“Ashes were already falling, not as yet very thickly. I looked round: a dense black cloud was coming up behind us, spreading over the earth like a flood.’Let us leave the road while we can still see,’I said,’or we shall be knocked down and trampled underfoot in the dark by the crowd behind.’We had scarcely sat down to rest when darkness fell, not the dark of a moonless or cloudy night, but as if the lamp had been put out in a closed room.

You could hear the shrieks of women, the wailing of infants, and the shouting of men; some were calling their parents, others their children or their wives, trying to recognize them by their voices. People bewailed their own fate or that of their relatives, and there were some who prayed for death in their terror of dying. Many besought the aid of the gods, but still more imagined there were no gods left, and that the universe was plunged into eternal darkness for evermore.

There were people, too, who added to the real perils by inventing fictitious dangers: some reported that part of Misenum had collapsed or another part was on fire, and though their tales were false they found others to believe them. A gleam of light returned, but we took this to be a warning of the approaching flames rather than daylight. However, the flames remained some distance off; then darkness came on once more and ashes began to fall again, this time in heavy showers. We rose from time to time and shook them off, otherwise we should have been buried and crushed beneath their weight. I could boast that not a groan or cry of fear escaped me in these perils, but I admit that I derived some poor consolation in my mortal lot from the belief that the whole world was dying with me and I with it.”

WE DID NOT LIVE TO TELL THE TALE