We have recently finished a novel that in time will be considered a rare American masterpiece: Barkskins. In graceful prose that expresses what must be expressed and nothing more, Annie Proulx — whose work we have long admired here at DP — chronicles the violent eradication of the  boreal/acadian forest in North America, together with the eradication of the people who lived in harmony within those ancient woods. Through the richly detailed lives of dozens of characters, Proulx conveys the heavy personal and cultural price exacted by that most vicious counterpoint, between ecocide and genocide.

The novel begins with two epigraphs, the second of which is taken from an essay by the historian Lynn White, dated 1967: The Historical Roots of the Ecological Crisis. We were curious about the context for her selected passage (which is highlighted below in bold italics). The fact that the essay reads like it might have been written yesterday prompts us to post two long excerpts, though it is certainly worth close consideration in its entirety. The image (added by DP) is relayed from the studio of Peter Randall-Page. 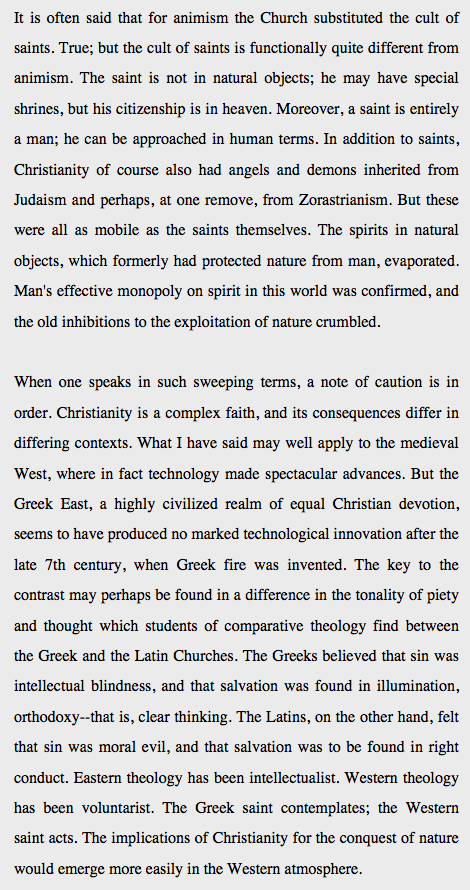 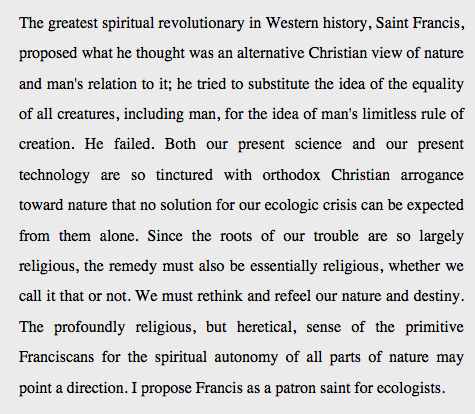 For the curious, the first epigraph for Barkskins descends from George Santayana:

Why shouldn’t things be largely absurd, futile, and transitory? They are so, and we are so, and they and we go very well together.