Playthings of the Wind

In recent weeks, we have been rediscovering the poems of Carl Sandburg, a voice whose powers and depths we may not have fully appreciated in past readings. We are particularly moved by the below four preludes to his extraordinary Playthings of the Wind, that beat at the heart of his 1920 collection, Smoke and Steel.

Written in the wake of the First World War, the cycle anticipates many horrors still to come in the American Century. The poems also resonate deeply with many of the core preoccupations of our desperado philosophy; the past is a bucket of ashes, oh yes — and how do we read the scrambled footprints of the rats in the dust of our grand delusions? Nothing like us ever was.

Three studies for John Singer Sargeant’s 1919 “Gassed” are followed by an image of the finished painting. 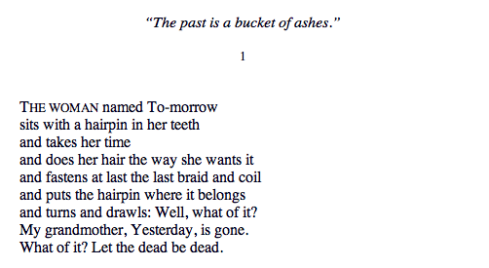 WELL, WHAT OF IT? 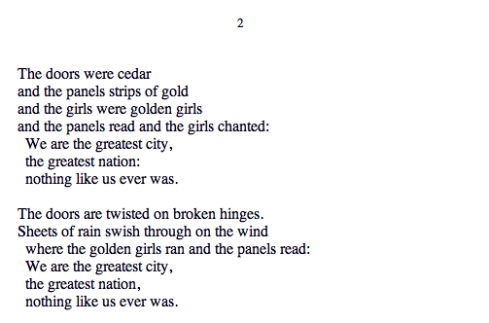 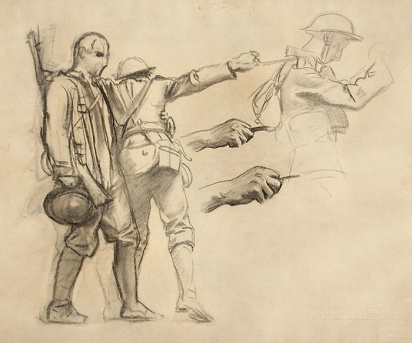 AND THE GOLDEN GIRLS CAME SINGING 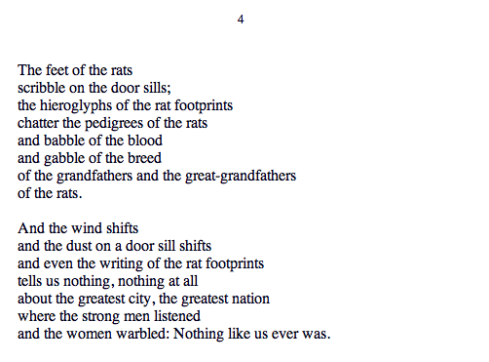 This entry was posted on Thursday, March 26th, 2015 at 11:43 and tagged with Carl Sandburg Playthings of the Wind and posted in bearings, buoys, DP. You can follow any responses to this entry through the RSS 2.0 feed.
« Reading the Ashes
Response From A Reader »