Of Silence and the Flood

This week, we turn to an interview on Democracy Now: the voice of George Monbiot, who articulates a number of uncomfortable issues not addressed by the media storm surrounding hurricane Harvey’s itinerary over the past week.

Images are from 36.5, a “duration performance with the sea” conceived by Sarah Cameron Sunde. 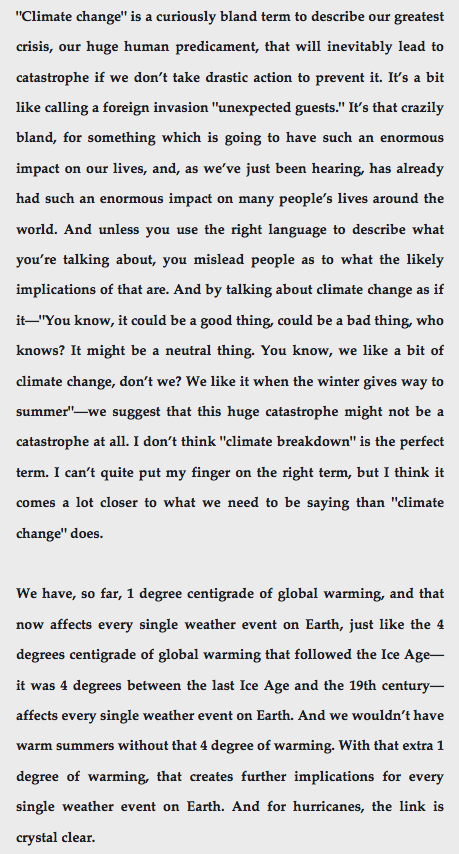 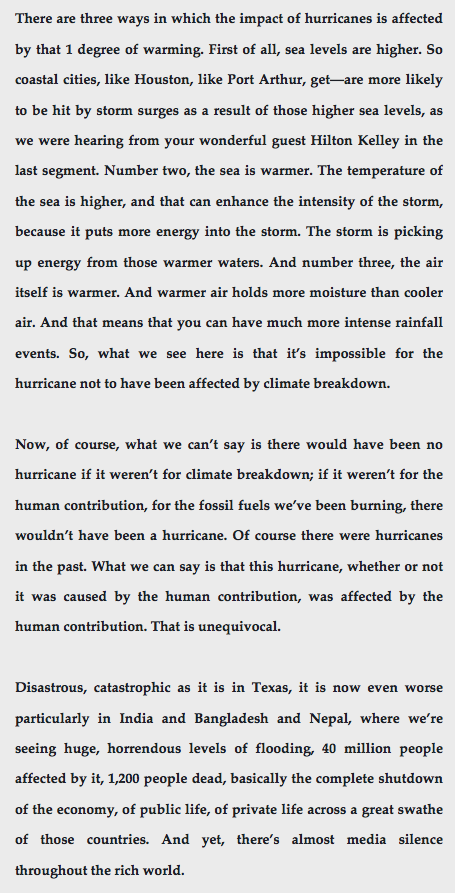 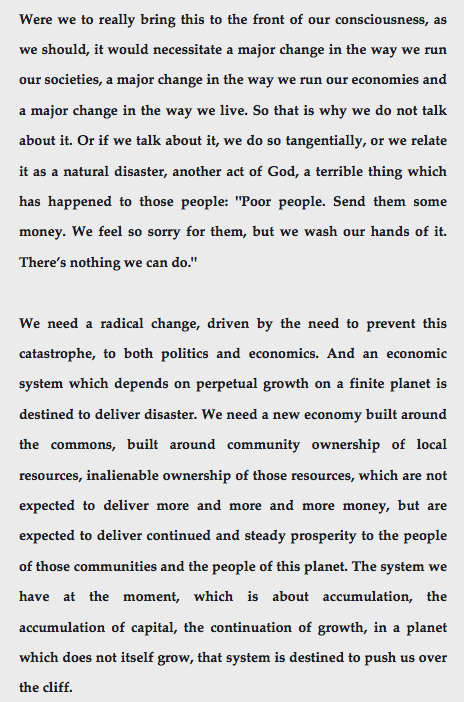 36.5 / a durational performance with the sea is a time-based project spanning seven years and six continents: New York-based artist Sarah Cameron Sunde stands in a tidal area for a full cycle, usually 12-13 hours, as water engulfs her body and then reveals it again. The public is invited to participate by joining Sarah in the water and by marking the passing hours from the shore. The project began in 2013 as a response to Hurricane Sandy’s impact on New York City and the parallel that Sunde saw in the the struggle for an artist to survive on a daily basis and the struggle of humanity to survive in the face of sea-level rise. The project was developed in Maine, Mexico and San Francisco 2013-2014, and launched on a global scale in The Netherlands in 2015. The fifth iteration was recently completed in Bangladesh. The performance is filmed from multiple perspectives and then translated into a multi-channel video installation that can communicate with a wider audience.

Plans are underway for future iterations in New Zealand, Brazil, and Senegal, and working towards a large-scale iteration in New York City with an anticipated date of August 2020. 36.5 acknowledges the temporary nature of all things and considers our contemporary relationship to water, as individuals, in community, and as a civilization.

This entry was posted on Friday, September 1st, 2017 at 14:21 and tagged with 36.5 duration performance, climate breakdown, climate justice, George Monbiot, Sarah Cameron Sunde and posted in bearings, buoys, DP. You can follow any responses to this entry through the RSS 2.0 feed.
« By Its Very Nature
What’s Truly At Stake »