In an essay published in the Spring 2017 issue of Dissent, Robert Jay Lifton reminds us that the same ethical distortions that he discerned among physicians in Nazi Germany may occur among other groups of professionals at any time. Excerpts below, with a few malignantly normal charts from Stanley Milgram’s Obedience To Authority. 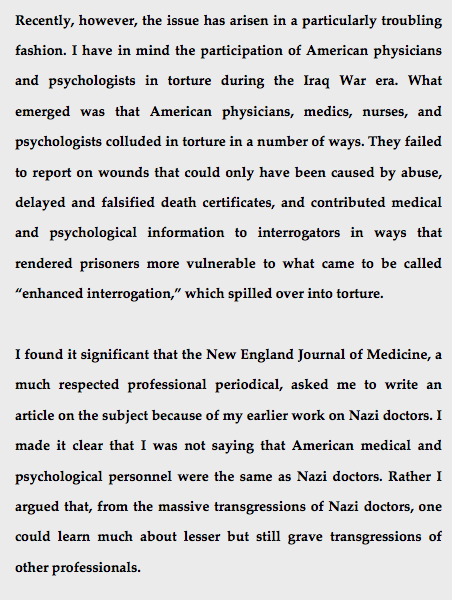 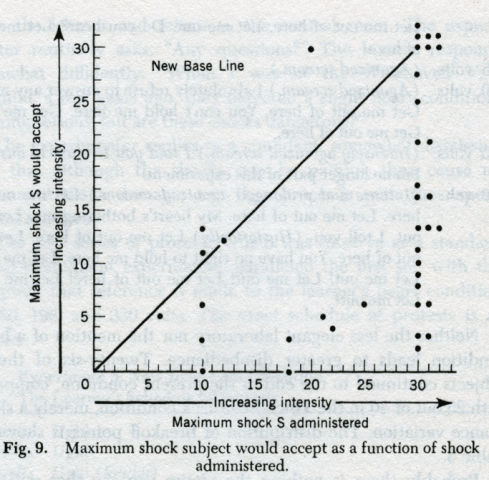 We are reminded also of a passage (slightly edited by DP for continuity) from a letter written in 1964 by Hannah Arendt to Gerhard Scholem:

You are quite right, I changed my mind and do no longer speak of “radical evil.” It is indeed my opinion now that evil is never “radical,” that it is only extreme, and that it possesses neither depth nor any demonic dimension. It can overgrow and lay waste the whole world precisely because it spreads like a fungus on the surface. It is “thought-defying,” as I said, because thought tries to reach some depth, to go to the roots, and the moment it concerns itself with evil, it is frustrated because there is nothing. That is its “banality.” Only the good has depth that can be radical.

This entry was posted on Friday, October 27th, 2017 at 12:33 and tagged with malignant normality, nazi doctors, Obedience To Authority, professional ethics, robert jay lifton, state of exception and posted in bearings, buoys, DP. You can follow any responses to this entry through the RSS 2.0 feed.
« Christianity, Race, Incarceration
Tiny House Warriors »