We do not always judge a book by its epigraphs here at DP, but the below coupling most certainly captured our attention:

The book is titled Assembly, another (following Empire, almost twenty years ago, among others) fascinating collaboration between Antonio Negri and Michael Hardt, who turn their attentions to the possibilities and ambiguities of resistance movements as they attempt, in their “hive” multitudes, to both confront power and escape from it.

The entire book is available for perusal online; excerpts below, with images (added by DP) from the studio of Karen Kaapcke, whose extraordinary series of paintings from the days of Occupy capture the allure of the commons: vaster, partial, incomplete and ever expanding. 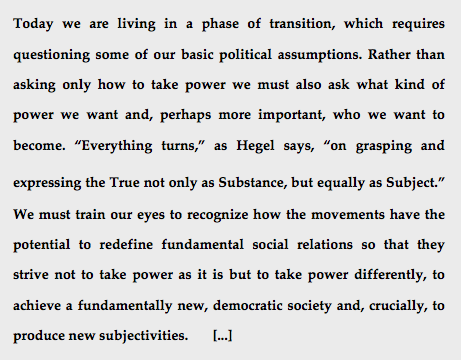 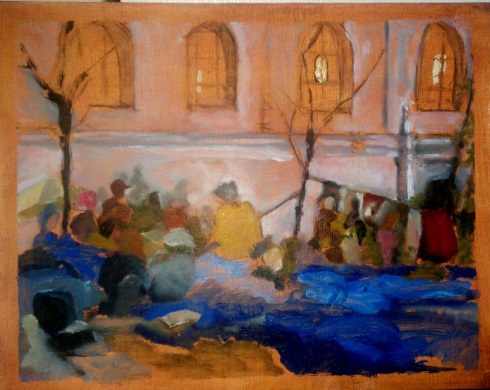 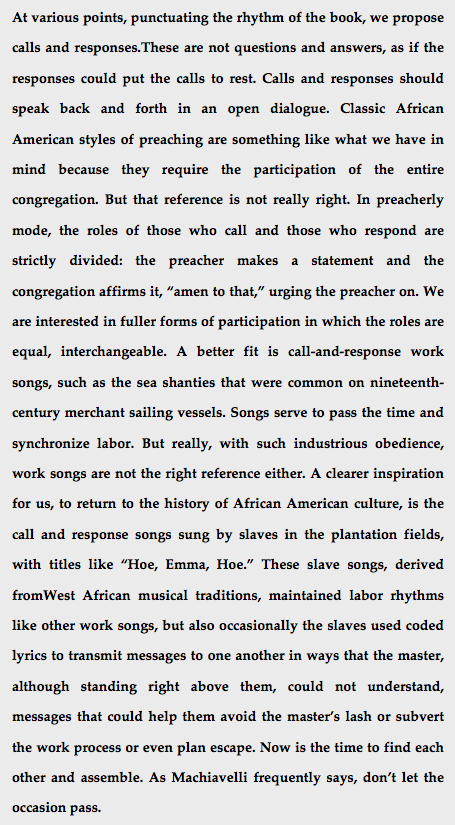 The book also carries an unusual and laudable dedication, which we amplify here through the DP megaphone, such as it is: 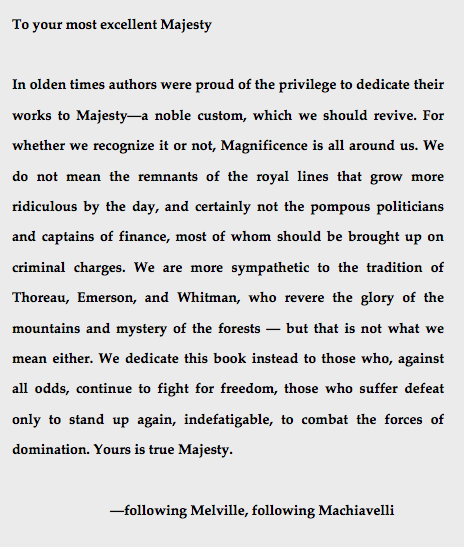 To which, in call & response style, we loudly sing:

This entry was posted on Friday, August 17th, 2018 at 09:39 and tagged with assembly, black lives matter, negri hardt, Occupy, politics of social movements, resistance, the commons and posted in bearings, buoys, DP. You can follow any responses to this entry through the RSS 2.0 feed.
« What It All Means
A Broken System »