Now comes Ronald Purser, author of the recently published McMindfulness: How Mindfulness became the New Capitalist Spirituality. His recent “long read” essay in the Guardian summarizes the central thesis. The entire essay is worthy of serious consideration; we find the below excerpts particularly compelling, including a lucid description of neoliberalism’s most pernicious ideological mantra. Images are relayed from the studio of Greg Dunn. 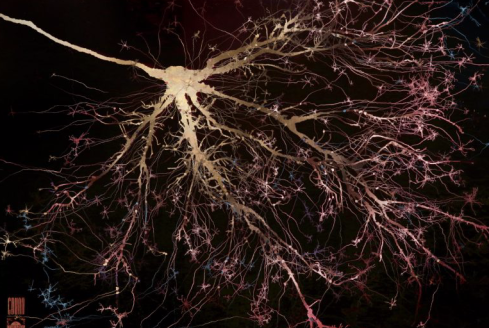 Rage Against the Elites

Among the hundreds of commentaries churning Tuesday’s bitter butter, two stand out for DP consideration, the first from Naomi Klein, with its core argument excerpted below: 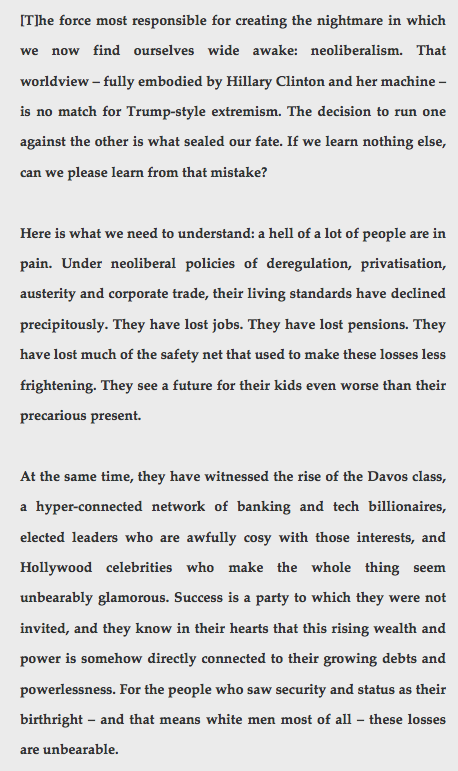 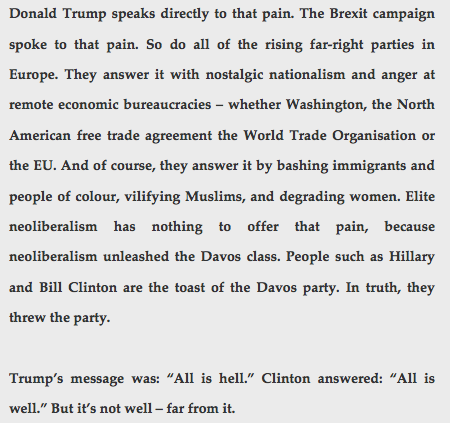 Next we have The Intercept’s Glenn Greenwald, in an analysis that echoes his previous dissection of the Brexit “surprise”: 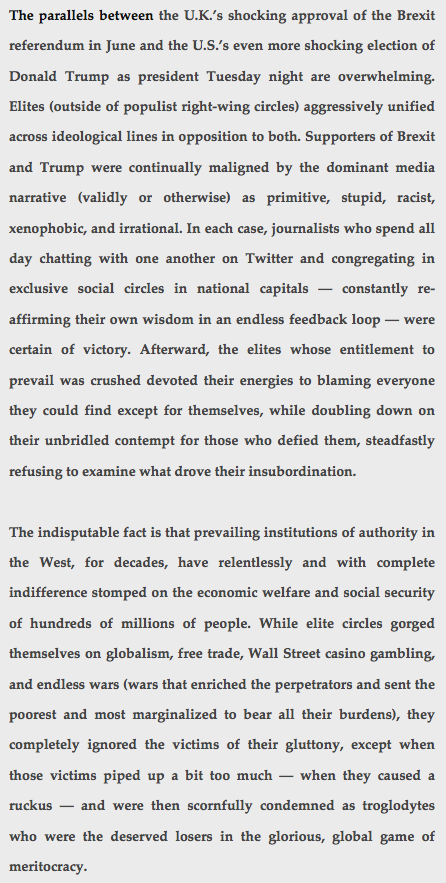