Longtime readers of DP know of our deep aversion to social media: we are not linked to Facebook in any way, nor have we ever dipped a single toe into the toxic backwaters of the Twittersphere. We have no Instagram feed, nor do we Snapchat. To be clear, we are not “late adapters”; we were early refusers!

The shallow promises of Social Media, to connect everyone to everybody while feeding egos and pumping addictive endorphins, are nothing but camouflage for the vast data mine that is both social heart and economic engine for Surveillance Capitalism.

The varied platforms of Social Media also incubate and accelerate a detachment of American political life from the world of verifiable facts and evidence, with potentially catastrophic results, as evidenced by the increasingly aberrant outbursts from King Tweet (Exhibit A, below).

Below a few lucid remarks from political historian and distinguished essayist Jill Lepore, in an interview following the publication of her recent book about the Simulmatics Corporation, an early probe into the commodification of human subjectivity via the data mine. 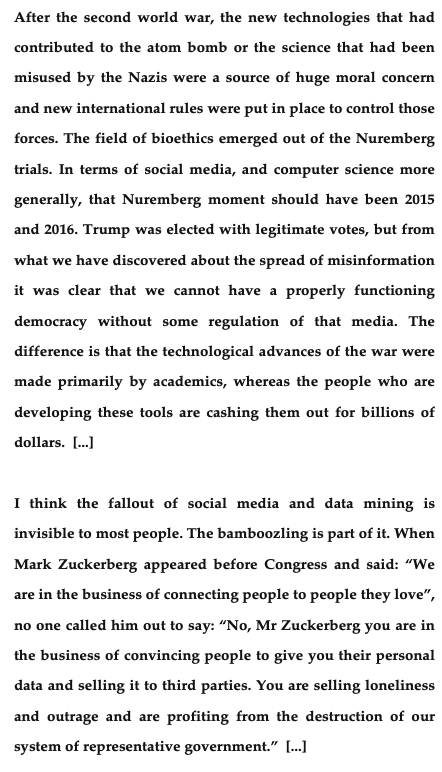 Daffy as it may be: amen to that.